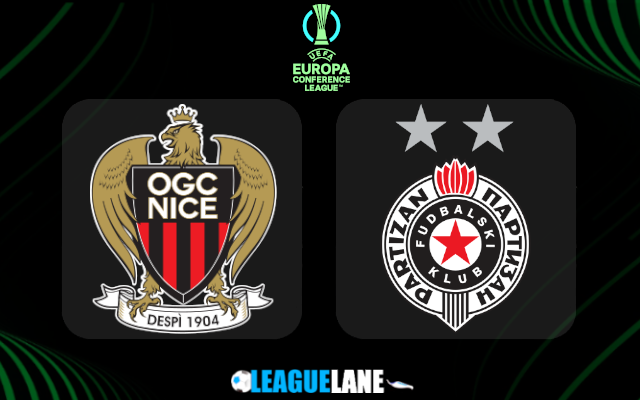 Partizan Belgrade travels to Allianz Riviera on Thursday to meet the hosts Nice in this Europa Conference League fixture.

However, they have not had a flying start this season as expected. they had managed to win just thrice so far in this season.

Meanwhile, Partizan had delivered a tight competition to the Serbian title holders Crvena Zvezda throughout the past season, Disregarding the toppers, Partizan were in the possession of the best defensive steel that season.

By the looks of things, we expect an interesting Europa Conference League affair between the two at Allianz Riviera on Thursday.

The hosts has not been in good form in the last few home matches. These home matches includes a couple of Europa Conference League fixtures too.

Nice, who is not in a good form even at home is considered the most likely team to pull off a win from this Europa Conference League fixture by the bookmakers.

On the other side, Partizan head into this fixture off the back of a set of unbeaten away recordings. But we are quite not sure about the winning chances of P1rtizan as they drew the reverse fixture at home.

However, they might not conceded a defeat with their current form. We therefore like to back a Draw No Bet option in favour of the away side for this one.