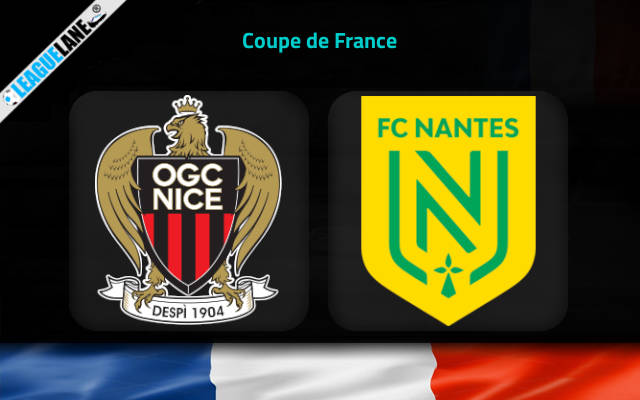 Nice have arrived to the final of this prestigious competition after knocking out some of the heavyweights in French football. They have not done all this hard work just to go empty-handed falling at this final hurdle.

They have been one of the best teams in the league as well, and are in possession of the fifth spot at the table.

Meanwhile Nantes are not so confident about their abilities at the moment. They are struggling to show any kind of form lately, and are also letting goals in huge numbers.

They are placed ninth in the league table, and they have no realistic chance of making it to one of the European competitions next season via a top-tier finish in the Ligue 1.

As these two lock horns for the title this weekend, expect Nice to have the upper hand.

Nice had won three of their last four fixtures and they had remained unbeaten in nine of their past twelve overall games.

On the other hand, Nantes had let in a total of eight goals from their previous three overall matches and they were winless in six of their past eight games as well.

Moreover, they also have a poor head-to-head record against Nice over the years.

Taking into account these observations a win for Nice this weekend.

Tips for Nice vs Nantes