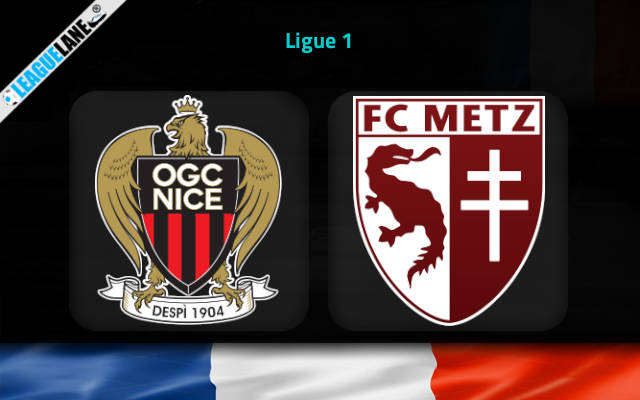 Nice have been much better so far in the season and we can hardly see any other scenario but a comprehensive home win here despite Metz’s run of three consecutive draws in Ligue 1.

The best and the worst defense in Ligue 1 are set to take on each other on Saturday evening as Nice play host to the rock-bottomed Metz in the 15th round of Ligue 1.

When you look at the table, it is not hard to conclude that the hosts do come into this as clear favorites.

Nice hold the second position in the Ligue 1 standings with 8 wins in 14 games so far in the season.

No other league team (including leaders PSG) have conceded fewer than Nice’s 11 goals in this term of the competition.

Also, the hosts managed to improve the team spirits with an important comeback win at Clermont after the international break.

Amine Gouiri bagged a late brace to secure a big three-pointer for Chris Galtier and his men. The French winger now has eight goals to his name, three more than Andy Delort who has also been great so far in the season.

Metz won just 1 of 14 league games this season. They have shipped 30 goals this term. However, Frederic Antonetti’s men at least managed to connect three subsequent matches without a defeat in Ligue 1.

They played a crazy 3-3 draw to Bordeaux despite having ten men on the pitch in the final 25 minutes of the contest in the previous round.

Tips for Nice vs Metz