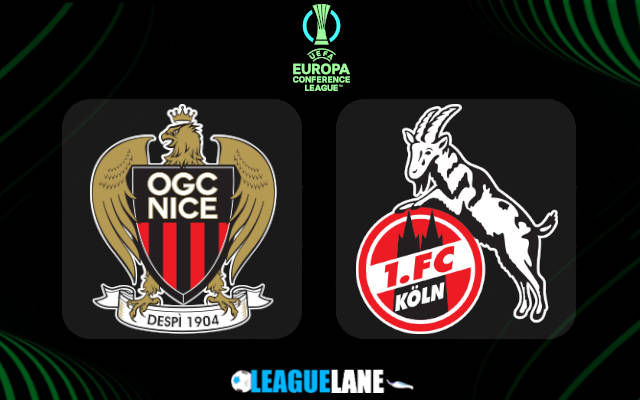 Nice as well as Koln will have hopes of topping this group in the first stage of the Europa Conference League. However, the former have not started this new campaign on a good note and will be under pressure this Thursday to perform in front of their home crowd.

Despite the French domestic league having completed six match-days so far, Nice registered just one win. And not just that, but they have a negative goal-difference, and are barely staying above the relegation cut-off as well.

They have also lost almost every other fixture in these past two months and, particularly at this venue, they are on a winless streak at present.

Koln will try to take advantage of this weakness of their counterparts. And they derive confidence from the fact that they have been on a good run so far in this new season in the German top flight.

Currently, they are placed fifth in the table, and impressively, they are one of the three teams in the whole competition to have remained unbeaten so far.

By the looks of things, expect a victory for German team FC Koln this Thursday.

Nice were winless in 10 of their previous 13 overall fixtures and they had also gone on two separate two-game losing streaks. Do also note that they had lost four of their past six matches.

Going on, they on a 2-game losing streak in front of their home crowd and they had let in four goals.

Importantly, they are also on an 8-fixture unbeaten run away from home and they had scored seven goals from their past two away games as well.

Considering these observations, expect a victory for FC Koln this Thursday. However, Nice will try their absolute best to find the back of the net at least once, and despite all their struggles, they should be able to do so.

Tips for Nice vs FC Koln