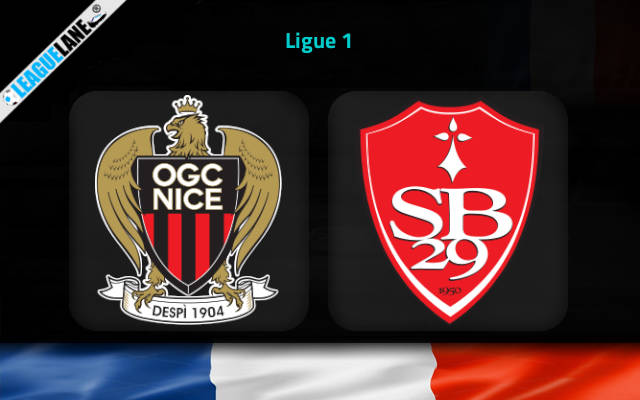 Both Nice and Brest will enter their 14th round clash at Allianz Riviera on a high. The hosts are unbeaten in four straight league games, while Brest managed four points in the previous two rounds to move away from the very foot of the table.

Brest have found some rhythm under new manager Bruno Grougit. They managed their second win of the season in the last away match, beating Clermont Foot 1-3 two weeks ago.

Grougi’s men made it two successive games without a defeat seven days ago, holding Reims to a goalless draw at Stade Francis-Le Ble.

Brest are still only two points above the rock-bottomed Ajaccio and Angers. Interestingly, their lone two wins of the season have come on the road. Can they make it three on Sunday against Nice?

It will be much easier said than done, though, knowing how strong Nice looked in the previous game against Lorient.

Lucien Favre’s men showed a great team spirit to come back from an early deficit against the second-placed team in the Ligue 1 ladder on the road.

Youcef Atal and Gaetan Laborde bagged second-half goals to complete the comeback and extend Nice’s unbeaten streak to four games. Can Favre’s troops keep it going and grab a result here against Brest?

Nice possess enough talent in the final third with the likes of Nicolas Pepe, Gaetan Laborde, Bilal Brahimi, Ross Barkley, etc. Unfortunately for their fans, Andy Delort is injured. Nevertheless, we still see Nice as the favorites against Brest at the home win is the way to go here.