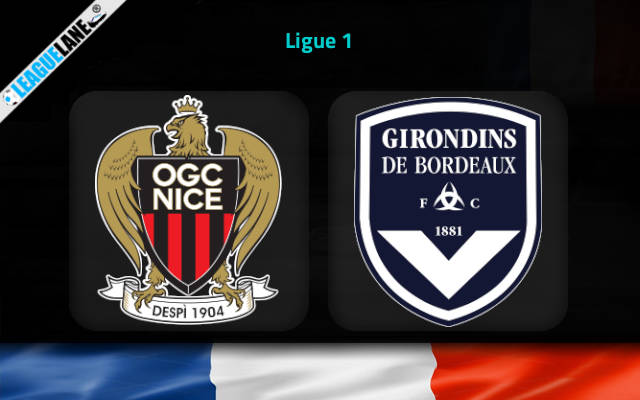 Nice are hoping to build on a fine start to the season with a result on Saturday afternoon when they take on Bordeaux in the fourth round of the Ligue 1.

Nice will be looking to extend their unbeaten run at the start of the new Ligue 1 season on Saturday when they play host to Bordeaux at the Allianz Riviera.

They have had their local derby against Olympique Marseille abandoned last weekend after fans invaded pitch to cause clashes with players.

Nice had a 1-0 lead at the moment of the incident (the 75th-minute), but it will count for little following the shocking scenes as the match will likely end up as a 0-3 victory for Marseille.

However, the new manager Christopher Galtier can be thrilled with the beginning of his adventure at Nice.

The French manager proved himself as a defensive mastermind, taking Lille to the shocking Ligue 1 title last time out.

He managed to translate the rock-solid defensive efforts from Lille to Nice as his new team are yet to concede a goal in the 2021/22 Ligue 1 season.

Nice will have a nice opportunity to keep their strong spell of form going here against Bordaux who are yet to snatch their maiden victory of the season.

Les Girondins took two points from the opening three rounds. They played a 1-1 draw at home to Angers last weekend.

Nice look fantastic at the start of the season under Galtier and we have to see them as pretty clear favorites here against winless Bordeaux.

You can get the 1.60 odds for the home triumph, while Nice’s clean sheet is priced at the 2.25 odds.