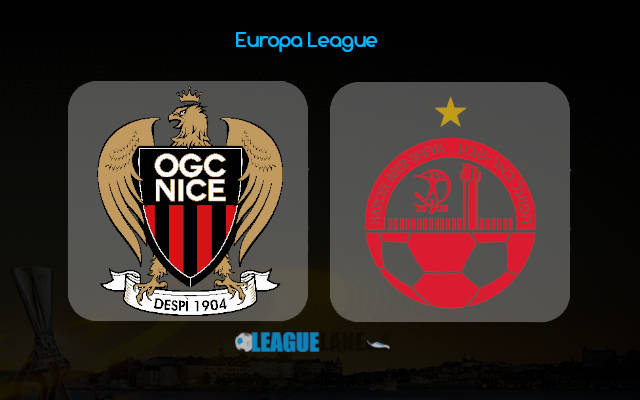 The Eagles have backed themselves into a corner with a bad opening game in the competition, and now they have to win at any cost this Thursday continue to have a good chance of making it into the knockouts.

They are pitted against the HBS for this second group stage fixture, and the Israeli team are currently placed second in the table – with a win in their opener.

Likely, the French contingent are placed dead last in the table at present, whereas their counterparts for the day enjoy the second spot in standings.

As such, Patrick Vieira’s men would find themselves trailing by six points should they lose this upcoming encounter.

The fact that the Eagles come from the French Ligue 1 (one of the top-five leagues in Europe) holds weight, as their opposite number are from the Israeli top flight, a domestic competition that pales in comparison to their French counterparts.

Moreover, Yossi Abukasis’s men are on a terrible run on the road for the past several months. As such, expect Nice to be the better team this game week, at the Allianz Riviera.

Vieira’s men lost 6-2 on the road the last match-day in the competition, against favorites Bayer Leverkusen. This defeat has made the French contingent desperate for the three points this Thursday, and that makes them dangerous.

In the meantime, HBS recorded a 3-1 win at home against Slavia Prague. Still, they are from the weaker Israeli Premier League, compared to the Ligue 1 where the Eagles regularly take on some of the best teams in the world.

Going on, the only loss for the Eagles at home in the past eight-month period had come against PSG, and that’s also the only match-up where they failed to score at this stadium in over the past 15-month period.

On the other hand, Abukasis’s men had lost four of their former six away fixtures, and they were also winless in nine of their preceding ten games on the road.

Taking into account these observations, expect Nice to secure the three points this game week quite comfortably.