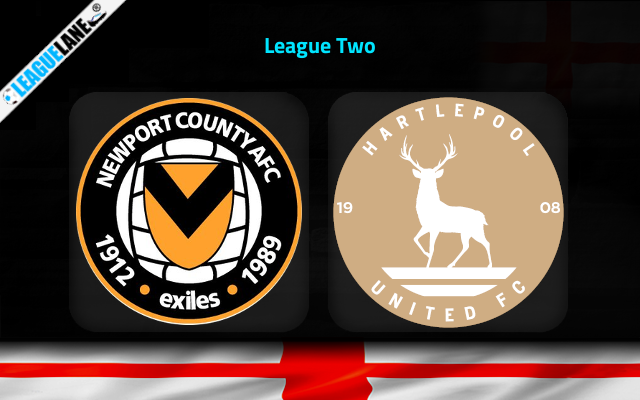 Newport sits 3rd on the table, inside the direct promotion zone to League One. They have collected 11 points from the past 5 league fixtures to add up to a total of 59 points on the table. They have a strong attacking side while their defensive steel is not that impressive.

Newport won their most recent league fixture against Stevenage away from home. The match ended up in a 0-2 ft score. With that win, they have managed to construct a thread of six subsequent unbeaten games in the league. They will be having good spirits on the back of such a positive set.

Meanwhile, Hartlepool are having an inconsistent form in the league of late. They have collected 8 points from the past 5 league fixtures to add up to a total of 48 points for occupying the 12th spot on the table. They have a disappointing attacking and defensive lineup.

Hartlepool played a disappointing goalless draw against Leyton Orient in their most recent league fixture. Except for this match, they have failed to prevent goals from the opposition in the past five league fixtures.

Newport are unbeaten in 15 of their total 18 league fixtures at home this season. They are currently having an unbeaten streak of 7 league games at this venue. Their offensive and defensive lineup have done well here since the beginning of this season.

On the other side, Hartlepool are winless in 5 of the past 8 league fixtures on road. They have leaked goals in each of their past three on road affairs. On travels, they have a dreadful defensive lineup

By the looks of things, we expect a win for Newport at Rodney Parade when they play host to Hartlepool in a League Two fixture on Friday.