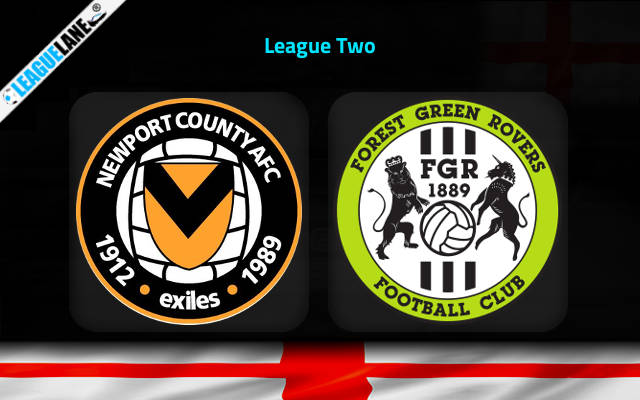 Both Newport County and Forest Green Rovers are yet to beat one another at their home ground in the Football League in any of the seven games with it two wins apiece for the visitors. The hosts are struggling to find a win since the last 4 league schedules, losing twice of them. The Greens however are leading the League Two table with 10 points more than the Northampton Town along with a game in hand. They are the first in line to acquire a promotion to League One and also hopes to win this upcoming fixture at Rodney Parade this Tuesday.

Greens are at top flight in League Two with 66 points from 31 games. They won 19 times in the league while drawing on 9 and losing only thrice. They have scored 61 goals in total while conceding a sum of only 25 which shows how profound their defense and offense lineups are.

Forest Green lost the last league fixture to Walsall by 1 goal to nil which ended their 12 game unbeaten streak across all competitions. They have given the opposition little, seeing the tally of goals that have gone in at their end over the course of their past 6 outings stands at 2.

On the contrary, The Exiles reside at the 8th position on the table with 49 points. Of the 32 matches played, they won only 13 games while drawing on 10 and losing on 9 other occasions. Their total goals to conceding ratio stands at 50:42 showing their tendency to let in more often.

Newport had a 1-1 tie to Mansfield last week making it their second on consecutive. James Rowberry’s men have turned their attacks into goals a total of 11 times over the past 6 fixtures yielding them a goals scored per game average of 1.83.

The visitors are unbeaten in the league by Newport County in their last 2 matches and are also unbeaten in their previous 7 home games. Hence, an away win is the more probable outcome this Tuesday.