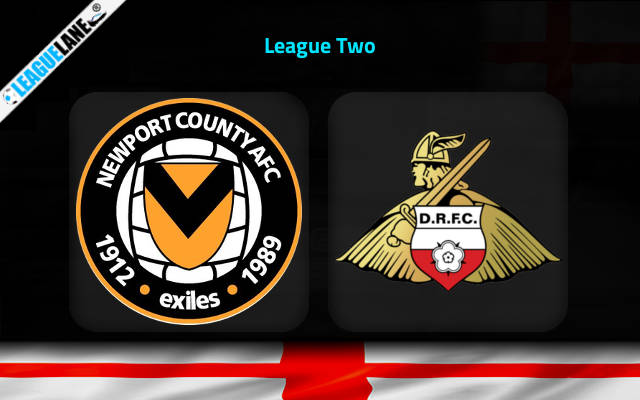 Newport vs Doncaster Predictions and Free Tips from our expert tipsters when the teams go head-to-head in League Two on Saturday, 10 December 2022.

Two back-to-back defeats have put Doncaster in a serious situation. They even lost to a relegation team last month. Do note that they have won only twice in their last five outings.

Meanwhile, Newport have turned heads with their recent good performances. They are on a two-game winning streak.

Both teams will go head-to-head after a period of more than five years. It is worth knowing that the host are yet to win against this team since 2016.

On the other hand, the visitors have lost three of their last five away fixtures. The most recent meeting between these two teams ended in a goalless draw.

Who will win the match between Newport and Doncaster?

The past record clearly shows that Doncaster have a better winning record against the host. It is important to mention that the host are yet to score a goal against this team as well. Not only that they have only played well against relegation teams this season.

Manager Graham Coughlan will have a difficult game against the visitors.

We can expect Doncaster to score at least one goal. They scored two goals when these two sides last met back in 2016. Moreover, looking at the bottom half of the table they have the second-best goal-scoring record.

The host have not scored against the visitors. This will affect their performance on the pitch. Therefore, we can expect Doncaster to keep a clean sheet as they have done in the last two meetings.

The visitors are unbeaten against this team. Therefore, you can back the following as our first tip is that Doncaster will win– at 3.50 odd.

Our second tip is that Doncaster will keep a clean sheet – at 3.75. The visiting team have kept a clean sheet in their last two head-to-head meetings.