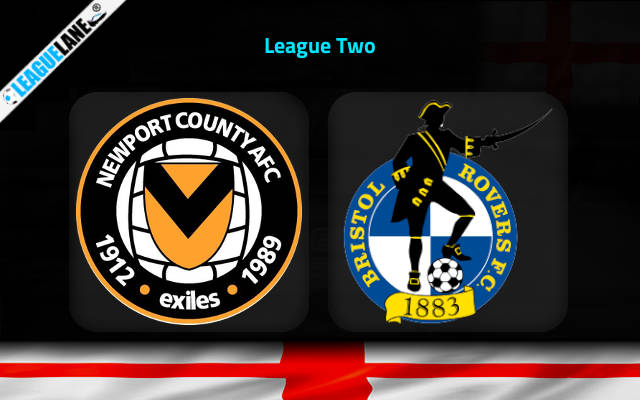 Newport is unbeaten in the last 4 league schedules and they remain third at the Play Offs spot. They are also tough at home unbeaten in their last 6 home fixtures in a row. Bristol Rovers won 4 out of the last 5 league games and are eyeing for a play off spot as they lack a position for it. Wit only 2 points and places apart, The Exiles host the Pirates at Rodney Parade this Saturday for the upcoming 35th round of League Two.

Newport County is at the 6th spot on the standing with 53 points from 34 games. They won 14 times in the league while drawing on 11 and losing on 9 other occasions. They scored 55 in total while conceding a sum of 45 thus far in the league.

The home side enter this game following on from a 1-1 tied result against the table toppers, Forest Green. They have been scored against on all of their previous 6 matches, shipping 10 goals during that time.

On the other hand, The Pirates reside at the 9th position on the table with 51 points. Of the 33 matches played, they won 14 games while drawing on 9 and losing on 10 other occasions. Their total goals to conceding ratio stands at 46:40 up to this point.

Bristol Rovers had a 1-0 League Two win with the eclipse of Barrow in their previous outing. Over the prior 6 league fixtures, they have conceded only once while bagging a sum of 10 for themselves.

Previous matches between the two have averaged 4.67 goals while BTTS has happened 100% of the time.

Bristol Rovers have achieved only 5 wins of their last 34 away games across all venues while the Exiles have been scoring 2.06 goals on average in their home games in League Two. We expect a thrilling match ending in a home win even though scoring from both sides can be seen.