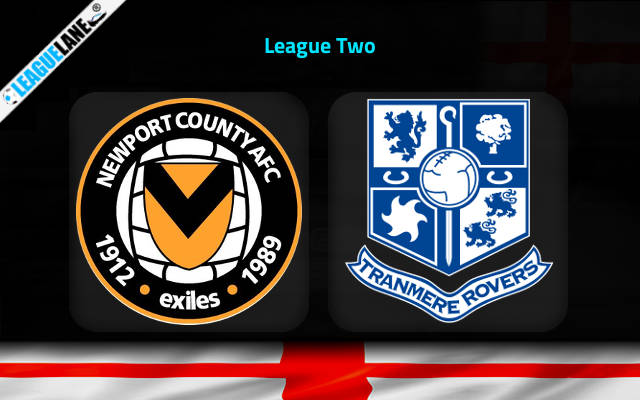 In game week 34 of League Two, Newport County faces Tranmere Rovers for their next match on Saturday at Newport.

Newport County played against Mansfield Town in their last match. Newport made use of the penalty awarded in the 82’minute and scored an equalizer. The match ended in a draw with 1-1 FT score.

Tranmere Rovers’ hope for a win was stopped by Port Vale in the last match. Tranmere had taken the lead in the 50’minute of the match and maintained the lead for some time. But Port Vale’s goal in the 90’minute put an end to their hopes of winning the match. The match ended in a draw with 1-1 FT score.

Tranmere Rovers have played well in their league matches this season. The team sits third in the league table and has earned 56 points from their matches so far. The team will hope to break their cold streak with a win in this match.

Newport and Tranmere have performed well in their matches this season, earning their places at the top of the league table. Even though teams have had a bit of trouble in their recent matches, they can get back in form at any time.

So, I believe the match will end in a win for Newport County. Both teams have scored in most of their matches and can be expected to score in this match as well.