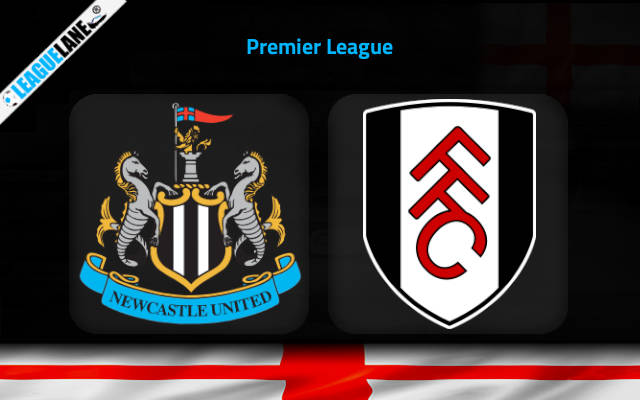 Newcastle vs Fulham Predictions and Free Tips from our expert tipsters when the teams go head-to-head in English Premier League on Sunday, 15 January 2023.

Newcastle are currently placed third in the table, and they really hope they could secure a UCL spot at the end of the season. This match-day, they will be determined to take advantage of tough games for all the other teams in the top-five of the table.

Meanwhile, Fulham really could make life difficult for the hosts. They are on a three-game winning streak in the league, and are going after a European ticket. Currently they need a surplus of five points to climb level with the fifth-placed squad.

Newcastle recorded a 1-4 win in the reverse fixture earlier in the season. They have in fact been the better team in recent years. They are unbeaten in the last six years, and also won three of the former four clashes.

Moreover, they lost just once at this ground in the past 14 years.

Who will win the match between Newcastle and Fulham?

Both teams are in great form, but Newcastle have the edge here. They have been consistent throughout the campaign, and particularly at home they have been a different beast. In fact, they are the only unbeaten squad in the competition in home games, along with Arsenal.

On top of that they recorded a comprehensive win in the most recent h2h clash, and have been the better team in such games over the last 15 years.

Newcastle are currently facing a slight loss of form for their offense. They failed to score in their last two league games. It is courtesy of their defense that they still are in the race for a top-four finish.

Going on, Fulham managed to score just two goals in the last six years against this opponent, and it is a doubt if they would be able to give much trouble to in-form defense of the hosts.

Expect a rather low-scoring affair this Sunday.

Continuing from before, goals are not expected in huge numbers between the two. It is important that Newcastle kept clean sheets in seven of their last eight fixtures. In fact, the last they ever conceded a goal at home was back in the first week of October.

As such, it is quite unlikely that both teams will find the back of the net this Sunday.

Newcastle are one of the two teams to still maintain an unbeaten record at home. In fact, they lost just once at this ground in the last 12 months – and this defeat came back in April 2022, against Liverpool.

On top of that they have a great h2h record against this opponent. For sure, Newcastle to Win at an odd of 1.60 is a safe bet here.

Going on though, their offense is struggling quite a bit lately, and at the same time Fulham are showing prowess in their defense. As such, a low-scoring affair is expected. A 1-0 win for Newcastle at an odd of 8.50 seems to be a good pick.