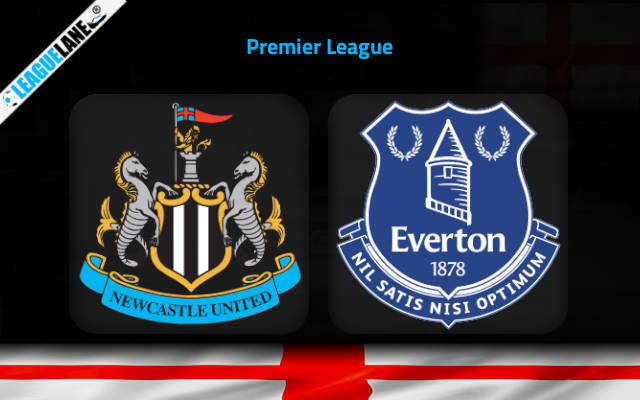 Newcastle will have a nice chance to maintain their unbeaten record at home on Wednesday evening when they take on Everton at St. James’ Park.

The Magpies have actually lost only one of ten league games so far in the season and currently hold the sky-high 6th position in the standings.

They have been on a great run of form recently in particular, claiming seven out of nine possible points in the previous three rounds.

Eddie Howe’s men played an evenly-matched contest against Manchester United on Sunday afternoon at Old Trafford, allowing the rivals on two shots on target on the occasion.

Newcastle conceded just three goals in the previous five Premier League affairs and we fancy their chances of keeping things quiet at the back here against the struggling Toffees.

Everton will have a mountain to climb in an attempt to prevent the drop to Championship football next season.

While their defensive line looks decent with the new arrivals, it’s the lack of creativity and a predator in the final third that imposes a massive issue for Frank Lampard.

The Toffees are just two points above the red zone at the moment and they will travel to St. James’ Park off the back of consecutive losses to Manchester United and Tottenham.

Everton are struggling badly for goals these days. They have scored just 8 goals since the beginning of the season and they have failed to register a shot on target in the weekend’s loss at Spurs.

Newcastle limited Man United to just two attempts on target on Sunday at Old Trafford. We will back the hosts to win to nil at the 2.62 odds. The braver punters can try with Newcastle to win 2-0 at the 8.00 odds.