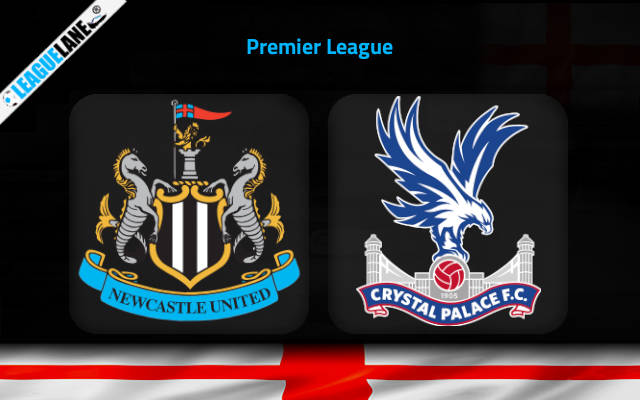 Newcastle and Crystal Palace will meet each other in the sixth round of the Premier League on Saturday afternoon at St. James’ Park.

Based on everything we’ve seen so far in the season from both teams, this should be a great contest packed with chances at both ends of the pitch.

Both Newcastle and Crystal Palace have shown great attacking rhythm at the beginning of the season. After all, they have bagged five goals combined past the likes of Manchester City.

The Magpies are the only team in the league to have prevented the reigning champions Manchester City from winning, fighting out to a 3-3 draw in the third round of the competition.

They were seconds away from doing the same against Liverpool on Wednesday night only to see substitute Fabio Carvalho netting the late winner for the Reds at Anfield.

Crystal Palace, on the other side, shared spoils with Brentford in a 1-1 stalemate on Tuesday evening at Selhurst Park.

The good news for head coach Patrick Vieira was the return of his talisman Wilfried Zaha who marked with a goal against the Bees in mid-week.

On the other side, we have to mention Newcastle’s newest acquisition Alexander Isak who bagged a goal at the Anfield on his debut for the Magpies.

To sum it all up, we should truly be in for an exciting afternoon of football at St. James’ Par.

Despite the low-scoring trend in the recent head to head games between these two rivals, we just have to back the Both Teams To Score bet at the odds of 1.80 here.

We also like the 2.75 odds offered for Isak to score on his debut at St. James’ Park having already found the net in mid-week against Liverpool at Anfield.