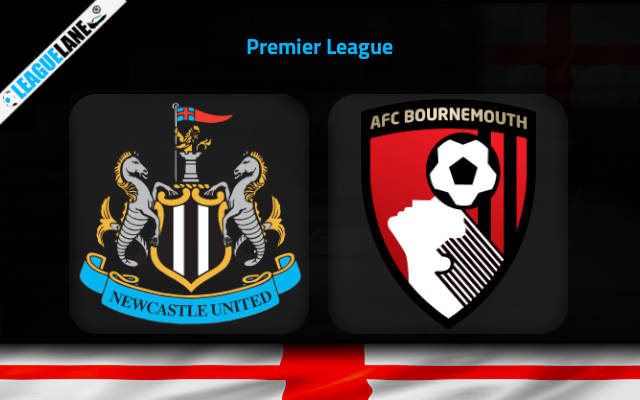 Newcastle started this new season with great expectations, but so far they were unable to rise to the occasion. This weekend in front of their home crowd, they have a great opportunity coming up – as they are pitted against a newly-promoted Bournemouth, who are also finding it hard to deliver good performances at the moment.

Bournemouth settled for a second-place finish the last season in the English Championship, and it was predicted then itself that they will not be able to deal with the level of teams in the top flight.

Staying true to that prediction, the team so far was a total failure. They managed to register just two wins till now, and one of these victories came against the newly-promoted Nottingham.

Going on, they are letting in goals in huge numbers, and particularly so away from home.

Meanwhile, despite all of their issues, the Magpies are on a good run in front of their home crowd. They are finding the back of the net consistently in such match-ups, and they built a good momentum as a result as well.

In addition, they also have a superior h2h record against this foe over the years, and taking into account all these observations, expect a win for Newcastle this Saturday at the St. James’ Park.

In spite of their dropped points, Newcastle tasted defeat just once in the last nine fixtures, and this sole loss came in a tightly-contested match against Liverpool.

Going on, they are on an eight-fixture unbeaten run in front of their home crowd, and in the process they even went on a six-game winning streak.

On the other hand, Bournemouth were winless in eight of their past ten overall games, and in the process they went on a three-match losing streak, as well as another two-fixture losing stretch.

Note that they also let in two or more goals in five of their past six games. Moreover, they were also winless in seven of their past ten road trips.

Considering these observations, expect a win for Newcastle this weekend.

Tips for Newcastle vs Bournemouth