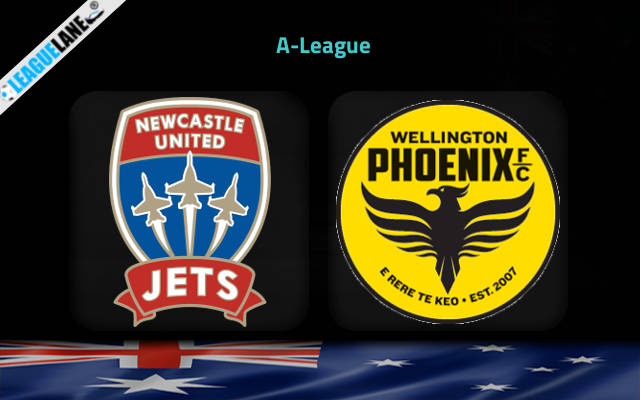 The Jets are on a losing streak, and are letting in goals in huge numbers. It’s no wonder that they are placed ninth in a table of twelve, and need a surplus of at least seven points to break into the top half of the table.

Meanwhile, Phoenix have been pretty solid lately, and have recorded some good results. However, they have been a total mess on the road for quite some time, and are letting in goals in huge numbers.

As these two lock horns this Friday at the McDonald Jones Stadium, anticipate goals in plenty.

The Jets are on a three-fixture losing streak, and they had conceded a total of seven goals in the process. It also deserves to be mentioned that they have won just thrice at home in the past 13-month period.

On the other hand, Wellington had lost four of their former five road trips, and they had let in two or more goals in all four away matches.

Going on, majority of h2h meetings also had goals in huge numbers, and judging all these observations, expect a high-scoring affair this weekend between the two.