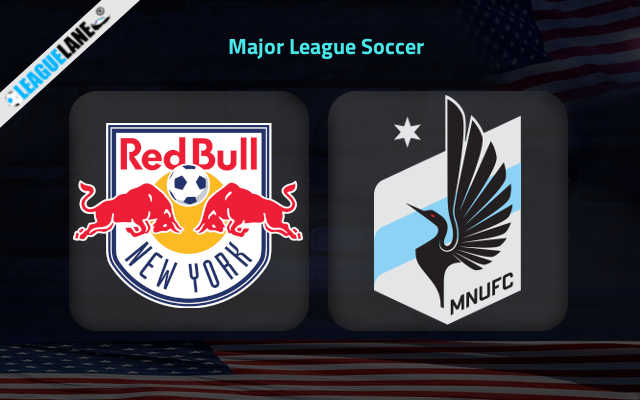 New York Red Bulls got off to the best possible start to the 2022 MLS campaign as they snatched back-to-back away wins over San Jose Earthquakes and Toronto in the opening two rounds.

They return to Harrison for the first time this season to face cross-conference rivals Minnesota United in the last game of Matchday No 3 on Sunday evening.

The Bulls are flying high offensively at the beginning of the campaign. They have notched seven goals in two impressive away victories so far.

Scottish midfielder Lewis Morgan starred last weekend at BMO Field where he completed a hat-trick in the 1-4 drubbing of Toronto FC.

The current Eastern Conference leaders will thus be massive favorites to maintain their tremendous start to the season here against Minnesota United.

The visitors are also unbeaten ahead of the clash, but they have collected only two points from two matches along the way.

The team led by Adrian Heath played two straight 1-1 draws so far. The first game in the maiden match of the MLS season two weeks ago against Philadelphia Union.

The second came last weekend when Hassani Dotson bagged a leveler in a 1-1 stalemate at home against Nashville.

New York Red Bulls play ultra-attacking football at the beginning of the season and it is currently bringing fantastic results. If we count pre-season friendlies, each of the last four matches they played saw the Over 2.5 goals FT & Both Teams To Score option coming in.

Since each of the last three matches Minnesota United played (including one friendly) also produced goals at both ends, we really fancy NY Red Bulls to Win & Both Teams To Score pick at the 3.75 odds here.