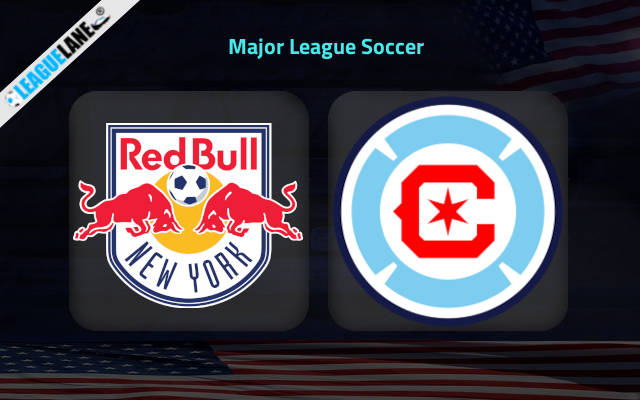 The worst attack in the whole league will face the joint-best defense on the East on Wednesday evening as Chicago Fire travel to Harrison to battle New York Red Bulls at Red Bull Arena.

This is a great opportunity for New York Red Bulls to get their maiden win on the home patch in this term of MLS.

As odd as it sounds, the team led by Austrian coach Gerhard Struber are yet to celebrate a victory in their own backyard this season.

New York Red Bulls are currently on a great run of form with seven straight matches without a defeat in all competitions.

They showed strength and character to come from behind and pull off a 1-1 draw away at another in-form side Philadelphia Union with ten men on the pitch on Saturday evening.

New York Red Bulls have allowed only three goals in the previous five matches across competitions. They demolished DC United 0-3 on the road last week in the last 32 round of the US Open Cup.

We thus have to see the hosts as enormous favorites here against Chicago Fire who have not been pulling up any trees of late.

The visitors travel to Harrison off the back of five successive defeats in all competitions. The run includes an embarrassing US Open Cup elimination in the last 64 round against the likes of Union Omaha.

It is very hard to look past the home win pick here. New York Red Bulls won four and drew two of the last six games in all competitions, while their counterparts head into this with five losses on the spin.

We also like the 2.00 odds offered for New York Red Bulls to keep a clean sheet since Chicago Fire have only scored 8 goals in 11 MLS affairs so far in the campaign.