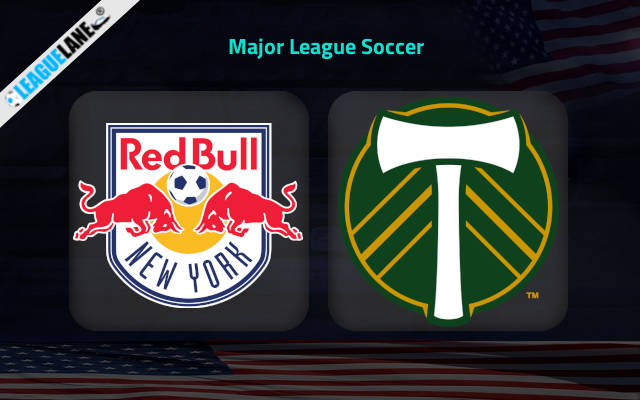 Red Bulls played their last match against Chicago Fire. Even tough Chicago had opened the scoring, they couldn’t stay in the lead. Red Bulls came from behind and scored two goals, ending the match in a win New York RB.

With ten matches in the past, Portland Timbers have not achieved the results they had hoped for. The team has secured wins in only two matches and has got five draws and three losses from the remaining eight matches. The team has not found a win in the last three matches, which has pushed the team further down the table to the tenth position of Western Conference table with only 11 points to their name.

With the loss in the last match against Colorado Rapids, Portland has added yet another loss to their tally. Colorado scored two goals in the match and defended their side well, leaving Portland goalless.

Red Bulls have failed to secure a win in their home matches this season and wish to break this streak with a win in this match. They have scored under 1.5 goals in this match as well. Portland Timber’s away matches have brought in mixed results for the team. However, the team has not scored consecutively in their last two home matches.

Red Bull’s recent matches have shown the team win consecutively in the last two matches and they hope to continue with this form in this match as well. So, I believe the match will end in a win for New York RB.