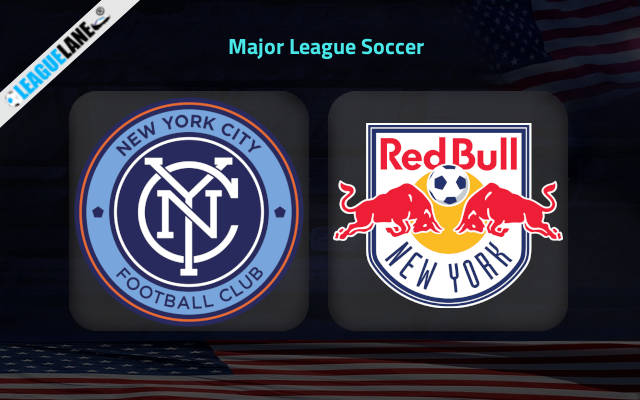 Two heavy-weights New York City and New York Red Bulls will lock horns this Saturday, in a much-anticipated Hudson River Derby. Both teams are separated by just four points in the table as the season is almost finishing up.

The recent form is very underwhelming for the host. They have been winless in their last five league outings. This downfall has created a hurdle for them to finish the current campaign on a good note.

In the last league game, New York City lost by a 1-0 margin to Charlotte. It needs to be mentioned that the host could not take advantage of Charlotte who were down to ten men in the last 35 minutes of the game.

Meanwhile, New York Red Bulls defeated New England by 2-1 in their last league match. Cristian Casseres and Lewis Morgan scored two goals in the second half of that game.
Do also note that Lewis Morgan has scored three goals in his last four appearances for the current visitors.

As the season is almost over, both teams will be looking to finish in the top three. Therefore, spectators can expect an action-packed Hudson River Derby this weekend.

It needs to be mentioned that Red Bulls have won three of their last five league outings. On the other hand, the host are winless in their last five.

Our first tip is that New York Red Bulls will win this match by 1-0 – the odd for this tip will be at 11.00. This is considering that three of the last seven meetings ended in a 1-0 scoreline.

Also, our next tip for this game is that Lewis Morgan will score in the first half – the odd for this tip will be at 9.50 odd. In two of the last four matches, Lewis Morgan has scored a goal in the 43rd minute.