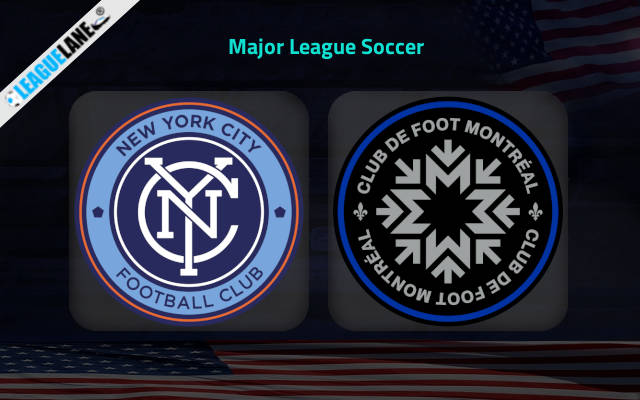 New York City and Montreal are set to take on each other for the second time this month, this time at Red Bull Arena in Harrison.

NYC and Montreal battled it out two weeks ago at Exploria Stadium in Orlando, Florida, where the Canadian outfit claimed a 2-1 victory after a comeback. The New York outfit are now ready for revenge as they are desperate to bring a two-loss thread to an end and get their playoffs hunt up and running.

It’s been rough couple of weeks in July for Ronny Deila and his troops who suffered back-to-back 1-2 defeats to Montreal and Columbus Crew (both on the road). New York City were the better team on the pitch on both occasions, especially in the weekend’s clash against Columbus Crew.

NY City outplayed their rivals by 21-6 in shots and had 61% possession across 90 minutes, but came away empty handed.

The story is completely opposite with Montreal who celebrated their third consecutive MLS win on Saturday, beating Cincinnati 5-4 at Stade Saputo in Quebec. The Canadian outfit annulled a two-goal deficit twice in that game (Cincinnati had a 0-2 and 2-4 lead).

Ahmed Hamdi was the crucial man at the end, scoring two late goals to set the final score on the occasion.

New York City will be highly motivated to get their MLS campaign up and running with a commanding victory over direct playoffs rivals on Wednesday evening. The hosts produced a couple of high-profile performances despite losing the last two games, and we believe they have what it takes to return to winning ways this time around.

This should be a statement win for the hosts and we will back them to see off Montreal by at least two goals difference at the odds of 2.15.