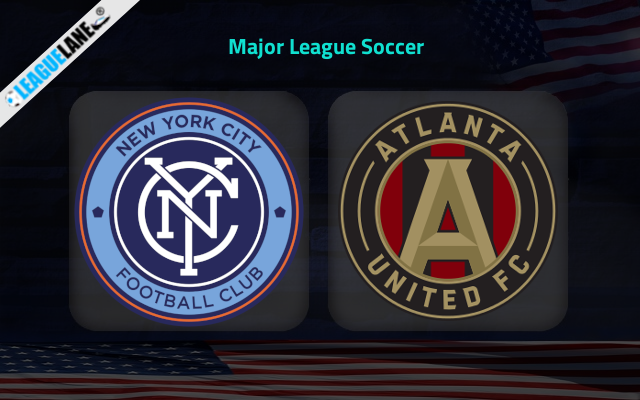 New York City had an impressive start to this season. They have recorded enough of unbeaten outcomes to collect a sum which is enough to occupy the second spot of the league table. Their offensive and defensive side is also having a strong form.

New York City recorded a 2-1 defeat on road against Philadelphia Union in their most recent league fixture. It was just the fourth defeat for them this season. Hence, such a defeat wont affect their spirits. We can expect them to enter the upcoming outing with enough of confidence.

Meanwhile, Atlanta United had an average start to this season. They were constantly recording the same further and have turned displeasing of late. They possess a decent offensive line-up but their defensive steel is not that strong.

Atlanta United recorded a 2-1 defeat on road against Toronto FC in their most recent league fixture. It was their third winless recording in the past four league outings. Two of them were negative displays too. Such a slump must be ended as soon as possible.

The home form of New York City is so impressive. They are currently having an unbeaten streak of 10 home games across all competitions. Most of them were positive outcomes too.

On top of that, New York City possesses a strong head to head form against Atlanta United of late. Hence, we back New York City to seal a win from this fixture.