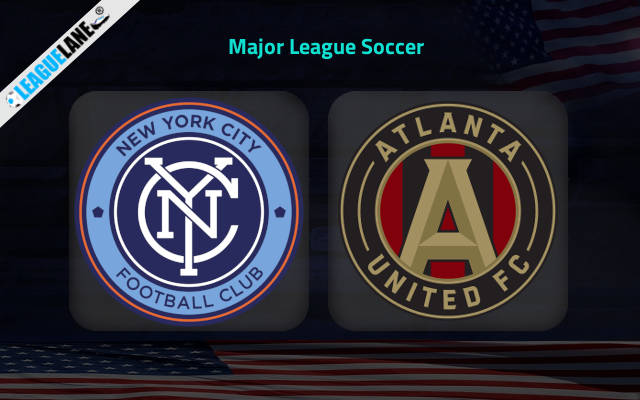 New York City has moved down from the fifth position last season to the seventh spot as of now. The host will welcome Atlanta United at the ninth place this term in MLS after their poor performance last year that ended up the guest as the 12th side on the table.

The Pigeons will be worried about their recent dip in form, evident in their schedule with just one win in the recent five league clashes. The host has lost two of their recent three matches, including a 2-3 loss at home against New England Revolution in the latest fixture.

An unbeaten streak looks good enough for Atlanta United but they also have featured only one win in that streak. They will visit on the back of three consecutive draws in their schedule, following a 2-2 draw at home with Philadelphia Union in the previous encounter.

Apart from the opening match at home, New York City hasn’t been the strongest at home. The host has lost their last two home matches but has scored goals in all four despite the result.

The Five Stripes will not have an upper hand with their unbeaten streak as they are still winless on the road this season until now. But only one of those winless games saw them failing to score goals.

Based on these stats, there is a good chance for goals by both teams and a high-scoring affair in ninety minutes at Yankee Stadium on Thursday.