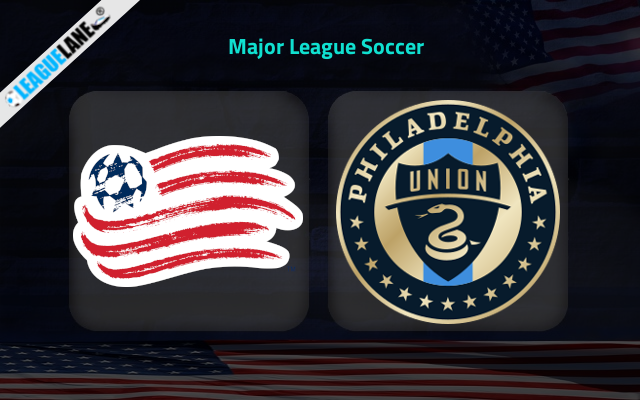 New England Revolution have been showing sign of improvement in their recent recordings. They had a disappointing start to this season recording negative outcomes and maintained the same further till their 9th fixture of this season. Since then, they looks impressive and have evaded negative outcomes.

New England recorded a 2-3 win on road against Cincinnati in their most recent league fixture. With that win, they are currently having a streak of four unbeaten games in the league. They will be hoping to extend that thread to five games in a row.

Meanwhile, Philadelphia Union have been enjoying an impressive form since the beginning of this season. They have recorded enough of unbeaten displays to collect 24 points for occupying the top spot of the table. However, we can see them recording drawn outcomes frequently of late.

Philadelphia Union recorded a 0-2 win against Portland Timbers on road in their most recent league fixture. They were on the back of six winless games in the league before recording the above win.

New England Revolution have been recording impressive displays at home lately. They are unbeaten in each of their past three league fixtures at home. Their offensive side have scored two goals in 2 of those unbeaten recordings to seal positive outcomes.

On the other side, Philadelphia Union is following a disappointing form on road f late. They are winless in three of the past four and have leaked two goals in 2 on road outings.

Knowing that New England possess a good head to head form against Philadelphia Union, we have enough reasons to back them to seal a win from this fixture on Saturday.