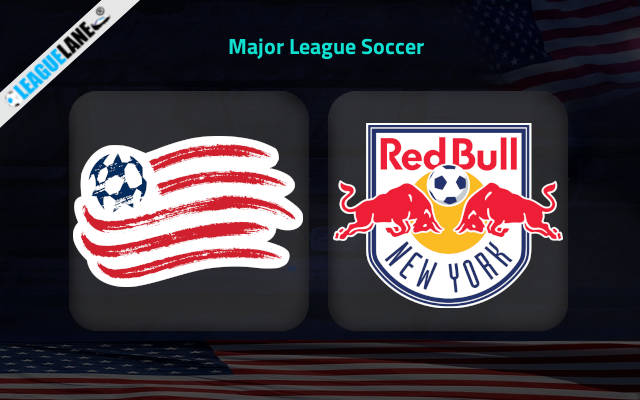 New England had finished as the top team of Eastern Conference last season with 22 wins, 7 draws and 5 losses. They were unrivalled in their position as the top team, with a 19-point difference between the second team. However, the team has had a rough start this season. They have won in only one match so far and have lost in the last two consecutive matches.

New England played their last match against Charlotte. Charlotte scored three goals in the match and allowed New England to score only once. The match ended with 3-1 FT score.

New York Red Bulls had finished in the seventh position on the eastern conference table. They had 13 wins, 9 draws and 12 losses. The Red Bulls had started the season with two wins. But their form has gone down, leading to a cold streak which has lasted for two matches.

New York RB played their last match against Columbus Crew. Columbus crushed the hopes of a win for Red Bulls when they scored the equaliser in the 90’minute, making it impossible for the opposition to score a goal.

Both teams had started off their season with wins, but their form dropped, leading to cold streak from the recent matches. However, New England is no team to be taken lightly. They can get back in form at any time and earn wins.

New England had played well in their home matches last season. They have played in two home matches this season, which has ended with a win and a loss. Red Bull’s road trips in this season have ended with wins. However, in the last season, the team had been inconsistent with their form in their away matches.

I believe the match is most likely to end in a win for New England. Both of the teams have scored in the recent matches. So we can expect the match to end with over 2.5 goals.