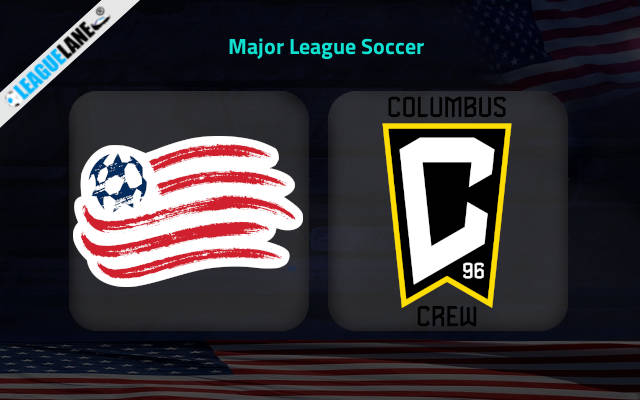 After having mixed results in MLS, New England Revolution is hoping to gain momentum here as they take on Columbus Crew this Sunday at Gillette Stadium.

Columbus Crew is at the 7th spot on the standing with 12 points from 9 games. They won, drew and lost 3 games each in the league. The visitors have lifted silverware in recent times, claiming MLS Cup in 2020 before adding last year’s Campeones Cup. They hope to climb further up the table as they now sit at the final Play Off spot.

The visitors will come into the encounter after a 3-0 MLS win over DC United in their most recent fixture. Things have not been going that well in front of goal for Columbus Crew recently, with the side failing to score in 4 of the last 5 games

On the other hand, New England resides below at the 10th position on the table with 10 points. Of the 9 matches played, they won thrice while having lost on 5 other occasions. Bruce Arena’s men finished as the 2021 MLS Supporters’ Shield winners. However, the Revs have started their 2022 campaign quite slowly.

New England are hoping to win again after their last result, the 2-0 MLS victory over Inter Miami. Despite how close they are to being at the foot of the table, a victory has the potential of putting the Revs into the Playoffs.

New England might have started the season well, but they ended up hitting a difficult spell of form as of late. They however won the previous 2 home league fixtures in a row scoring twice on each.

Meanwhile, Columbus Crew are without an away since the last 5 games across various competitions. The visitors had fired blanks in 4 games this season and that is 44% of games where they have not been able to find the back of the net.

A low scoring draw or home win would appear the likeliest outcome for this one as their previous 2 h2hs have all ended on stalemates.