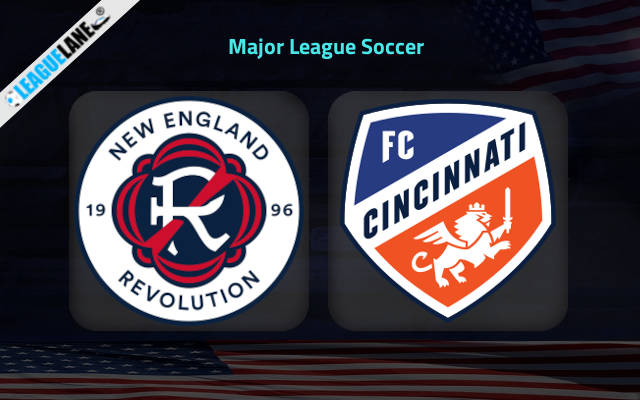 Matchday 18 of Major League Soccer is being scheduled in Eastern Conference as New England Revolution play host to FC Cincinnati where both these sides are level on points and lie in the last spots of Play off promotion. These two sides will be seen locking horns at Gillette Stadium, this Monday.

Cincinatti is at the 6th spot on the standing with 24 points from 17 games. They won and lost 7 times each in the league while having drawn thrice other occasions. The visitors had put together a good run of form and has now gone 3 games without defeat.

In their previous game, the visitors drew an incredible 4-4 in the MLS match with New York City FC. Over the course of their previous 6 outings, Cincinnati have bagged the sum of 10 goals while having additionally getting on the scoreboard in every single one of those games.

On the other hand, New England Revolution resides just below at the 7th position on the table with 24 points. Of the 17 matches played, they won and lost 6 times each in the league while having drawn on 5 other occasions. In all of their 9 most recent matches in MLS, there have been no losses for The Revs.

New England Revolution go into this game after a goal-less MLS tied result against Vancouver Whitecaps. They have failed to prevent opponents from scoring in 5 of their previous 6 clashes, letting in 5 goals along the way.

Momentum is really building up for New England Revolution as they have now gone 9 league games without losing. In their last 21 home games in Major League Soccer, the hosts have recorded 18 undefeated encounters. Moreover, they also won all of their last 5 h2h fixtures in a row.

Meanwhile, FC Cincinnati have scored at least one goal in their last 10 league games. They are also remarkable at away fixtures and are the third best away side this season.

Considering their previous h2h stats and current form, we feel that a home win is likely to occur this Monday.