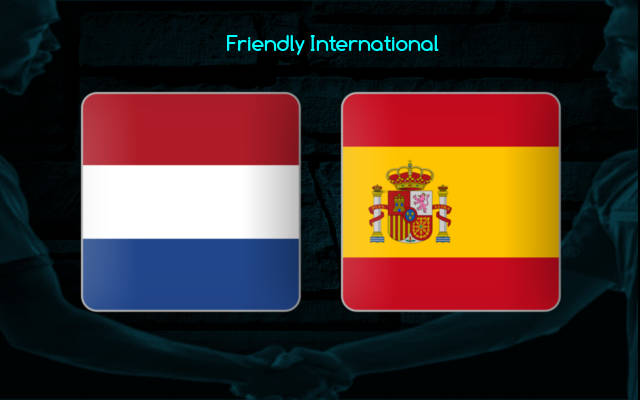 There’s a huge history between these two teams in the past decade. In a painful World Cup final in 2010, La Roja defeated this same opponent in the extra time via a 1-0 scorecard, to lift their first ever title.

And in the very next tournament the Flying Dutchmen completely took apart the then reigning champions 5-1 in their Group Stage fixture – which ultimately played a huge role in the title-holders crashing out unceremoniously.

In fact, ever since, Luis Enriques’s men have not enjoyed that much of success in the international arena.

Suffice it to say that there’s a lot of bad blood between the two, and taking into account the sheer talent on either side – expect goals to come from both teams this weekend.

These two are amongst the best in the whole world, and are contenders to lift titles in the upcoming Euro as well as World Cup competitions.

The Flying Dutchmen have witnessed a recent revival in their fortunes after their near-misses with some major silverware in the past decade. They have replenished their squad with some of the best players in the world, and are threatening to be a superpower in the footballing arena for the near future.

Meanwhile, Enrique’s men are determined to make reparations for their poor showing in the last two world cups, and they too with the help of some of the best young players in the world, have prepared for this coming decade.

Either has qualified for the 2021 Euros in flying colors. Boer’s men secured a second-place finish behind Germany in Group C, while La Roja were the toppers in Group F.

Moreover, this is a friendly game, and the teams would be willing to take a lot more risks, which should obviously result in goals.

And on top of that, the Oranje are missing their two pillars at back – Virgil Van Dijk and Mathijs De Ligt, while their counterparts have not won on the road in their last five attempts. Do also note that La Roja have a single clean sheet in the past twelve months away from home.

Considering the lapses in defense for both teams, coupled with their intense rivalry and the sheer talent at the front – expect a high-scoring game this Wednesday.