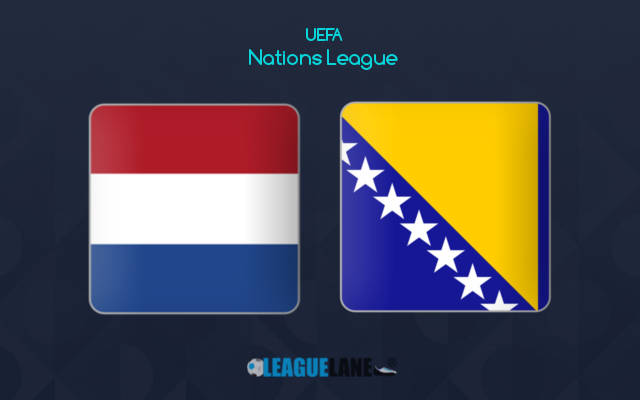 After the initial victory against Poland, team Netherlands have been very silent in UEFA Nations League Group 1.

The Oranje still has a decent chance to fight for the first position and semi-finals, but they will have to beat Bosnia & Herzegovina in Amsterdam this Sunday. The first two teams in the bracket Poland and Italy are locking horns too, which is a perfect opportunity for Frank De Boer’s squad to narrow the gap.

Bosnians are surely enjoying the company of the elite teams, and they will surely do their best to cause an upset here. Potential victory would mean avoidance of relegation. That is hardly going to happen judging by the odds. Home win is priced at low 1.36 rate.

These two teams have only once so far in history. That match took place in Zenica one month ago and it ended without winner or goals. Netherlands were better opponent by far, but De Jong, Promes and Malen have missed series of great goal opportunities.

Bosnia have just finished a friendly match against Iran, losing it at home ground 2-0. It is worth adding that only players from domestic Premijer Liga were playing. Coach Dusan Bajevic has already announced he will be retiring from this position in seven days, so things are not looking so great in terms of team spirit and confidence. Also, one of the best players Edin Dzeko is still recovering from illness and won’t be able to help his nation in Amsterdam. Bosnia have lost five out of the last six games across competitions.

As for their hosts, Netherlands had a rough test match on Wednesday night at this same venue against Spain. They were down by one goal after the first half, but Donny van de Beek scored the equalizer quickly in the second part, setting the final 1-1 score. Oranje collected only five points from the opening four matches in this UEFA Nations League group. They are going to need two victories for the first place under a condition Italy doesn’t beat Poland. We will back them to demolish the Bosnians.