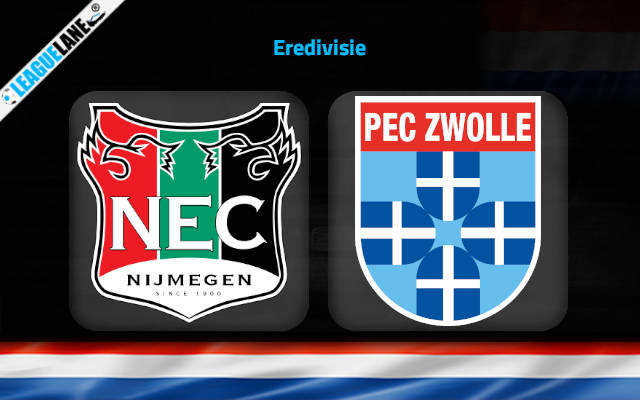 NEC Nijmegen had no chance of winning against the reigning champions of Eredivisie right after the promotion from Eerste Divisie this season. Their 5-0 loss on the road with Ajax in the opening match will affect their morale ahead in the campaign.

But the promoted team will aim to make a comeback sooner as they return home for the first home match in the top-tier this term. They will play host to PEC Zwolle on Friday at Gofferstadion and the gust had finished in 13th place on the Eredivisie table last season.

Having opened the new edition of the campaign with a defeat, one cannot say Zwolle has walked away far from last season form. The visitor is now with four defeats in their last five league clashes in the schedule. They will visit on the back of a 0-1 loss at home against Vitesse in the previous encounter.

On the other hand, Zwolle has only one win in their last eight outings in the campaign. And will have to rely on their league experience over the promoted team in the game. Thus, the tip for BTTS will probably be the best bet considering their h2h history along with it.