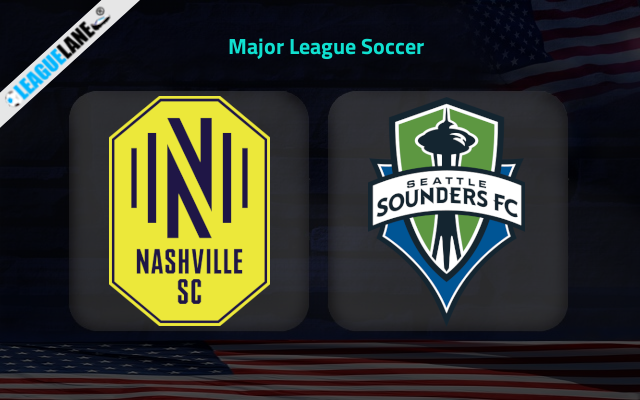 Nashville had an average start to this season. They have maintained the same further and are seen mostly inconsistent so far this campaign. Their offensive and defensive line-up also looks to have an average form. Anyways, they have managed to occupy a safe zone spot at present.

Nashville recorded a 4-1 defeat on road against Charlotte in their most recent league fixture. With that defeat, they are following a streak of two winless games in the league. They will be hoping to end up that run by sealing a positive outcome.

Meanwhile, Seattle Sounders had an average start to this season. Their recordings in the first five fixtures were mostly winless and were outside the safe zone of the Western Conference table. However, they have gained the much needed momentum and have climbed up to the 8th spot at present.

Seattle Sounders recorded a 0-3 defeat at home against Portland Timbers in their most recent league fixture. It was their third winless recording in the past five league fixtures. They are currently on the right track to secure their spot inside the safe zone.

The home form of Nashville looks average at present. The most often outcome recorded by them at home this season is a draw. However, they are unbeaten in six of their 7 home outings so far this season.

On the other side, Seattle Sounders is having an inconsistent form on road. They lost four of the past six on road outings in the league. Such a run will count much in this clash.

Analyzing all the above stats, we are of the view that Nashville might end up outscoring this Seattle Sounders outfits who looks not so pleasing on road. Therefore, we back Nashville to end up sealing a three pointer from this fixture.