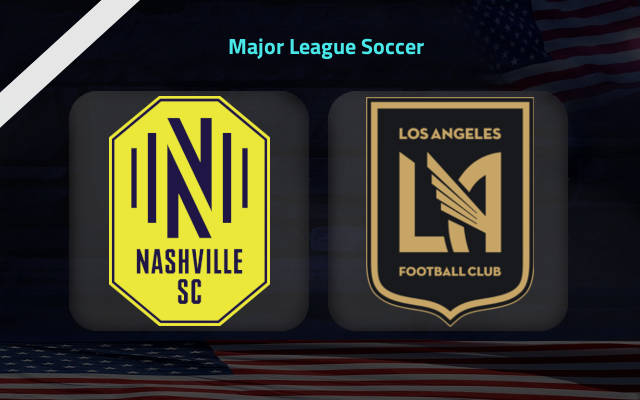 Round 21 of Major League Soccer will be starting this week as Nashville play host to Los Angeles FC. Both these sides are in the Western Conference and will be seen battling it out at Geodis Park, this Monday.

Los Angeles FC is at the 2nd spot with 39 points from 19 games. They won 12 times in the league while drew thrice and lost on 4 other occasions. Having relinquished top spot this week, LAFC are keen to climb back to the summit as they bid for their second Supporters’ Shield in 4 years.

LAFC come into this on the back of an entertaining 3-2 victory in ‘El Trafico’ in midweek to beat Los Angeles Galaxy. The visitors need just 2 more points to takeover the top spot where Austin FC is now in charge.

On the other hand, Nashville resides just below at the 3rd position on the table with 30 points. Of the 20 matches played, they won 8 times in the league while having drawn and lost 6 games each. A shift from the Eastern Conference to the Western Conference has seen a dip in form and consistency from 2021 to 2022 for the hosts.

The hosts come into this on the back of a 1-0 defeat of CONCACAF Champions League winners Seattle Sounders the other day. They have failed to prevent opponents from scoring in 5 of their previous 6 matches, giving up 10 goals along the way.

Both these sides have never met each other in any competition, and this will be their first ever encounter.

With four wins from their last 6 outings, Los Angeles FC are currently on an impressive form in MLS. They are the third-best away side this season, unbeaten in 5 out of the last 8 games played on road.

Meanwhile, Nashville have scored 2 or more goals in 5 of their past 10 home matches. But the side have the highest draws recorded at home games with 4 and that is why they have drawn just one home match, this season.

This is a game between two of the strongest Western Conference sides and we envisage a draw or an away win would appear here as the likeliest outcome.