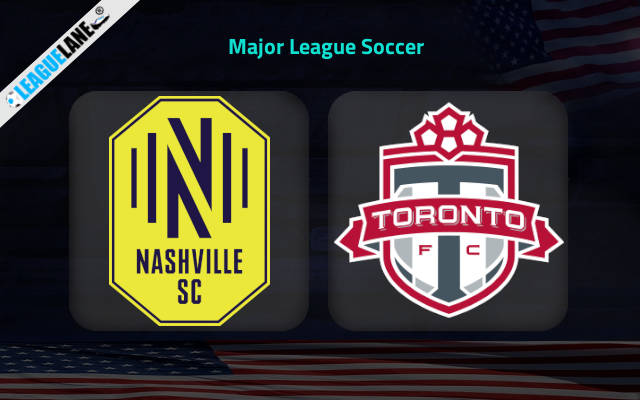 Nashville SC was in seventh place on the MLS table last season and has dropped to the tenth position this term. Having broken their unbeaten run as of late, the host will lock horns with Toronto FC in the upcoming clash on Thursday at Nissan Stadium.

Gary Smith and his boys have won only two of their last five matches in the campaign and both came at home. This gives hope for the home team after the 2-0 loss on the road against New York Red Bulls last time out. They are six points ahead of the traveling side on the table as it stands.

Having lost their last three matches in a row, Toronto FC needs to pick themselves up in the league before it’s too late this season. They were second in both east and the overall MLS table last season. The Reds will visit on the back of a 2-3 loss at home against Orlando City in the previous encounter.

Visiting on the back of three consecutive defeats will certainly hold back Toronto from making any impact in the game. Nashville enjoys the ground advantage and has only one defeat in their recent nine clashes at home.

This shows that the home team is likely to have an edge in the game. Besides, the tip for no BTTS will also come in handy regarding their h2h meeting last time. Thus, the draw no bet over Nashville SC will probably be the best bet.