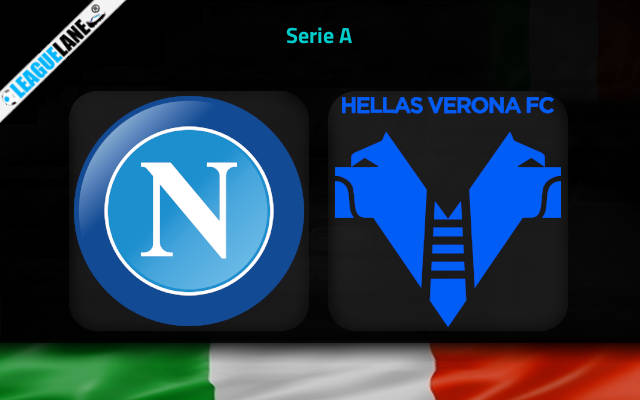 We believe the low-scoring head to head trend in this matchup could come to an end here considering how good they’ve looked attackingly in the last several weeks. Napoli will enter the match on the back of scoring four goals past Legia Warsaw, while Verona will be encouraged after recent wins over Lazio and Juventus.

Napoli host Verona in the 12th round of the Serie A on Sunday afternoon at Stadio Diego Armando Maradona.

The hosts got off to a dream start to the 2021/22 Serie A campaign with ten wins and a draw in the inaugural eleven rounds of the competition.

They have recently got their Europa League campaign up and running as well thanks to the back-to-back demolishing victory over Legia Warsaw.

The team led by Luciano Spaletti put four goals past Legia in the second half of the Europa League game on Thursday evening.

Napoli have thus scored three or more goals in three of the last five matches in all competitions and they will come into this tie with Verona in the highest of spirits.

However, the visitors will have something to hope for themselves, especially after a 2-1 victory over Juventus in the previous ro8und.

Giovanni Simeone bagged two early goals past I Bianconeri last weekend as Igor Tudor’s men found a way to keep the lead with a brave performance until the very end of the affair.

Tips for Napoli vs Verona