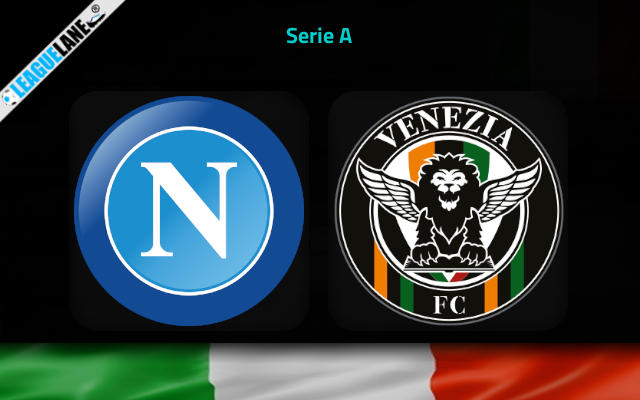 Napoli play host to newly-promoted Venezia in their first game of the 2021/22 Serie A campaign on Sunday evening at Stadio Diego Armando Maradona.

Napoli missed out on the UEFA Champions League football only by a single-point margin as they finished the previous Serie A campaign just one point shy of the third-placed Atalanta and the fourth-placed Juventus.

Such an underwhelming campaign led to the expected managerial change as Gennaro Gattuso was replaced by Luciano Spalletti on the bench.

It will be very interesting to see how Napoli will look like under the former Roma manager. I Partinopei did pay much more attention to keeping things tight at the back under Gattuso (just 41 goals conceded in 38 outings). Spalletti might shift the focus to the attack.

Napoli were not very active in the summer transfer window and Spalletti will likely utilize pretty much the same squad that was on Gattuso’s disposal last time out.

The run includes a 3-0 demolition of German Bundesliga champions Bayern Munich (who played with a mixed lineup, though) and a 4-0 drubbing of Serie B side Pescara in the very last test eight days ago at Stadio Diego Armando Maradona.

Victor Osimhen and Lorenzo Insigne were both on target on Saturday against Pescara and we expect them to represent the main threat to Venezia’s goal on Sunday.

Venezia returned to the top flight football after a 19-year absence. They eliminated Cittadella in the promotional playoffs final in late-May this year. However, the head coach Paolo Zanetti will have a very tough task in an attempt to avoid a defeat in the first game in the elite class.

The gulf in quality between the two outfits is significant and we can’t expect anything else but a comprehensive victory for Napoli here.