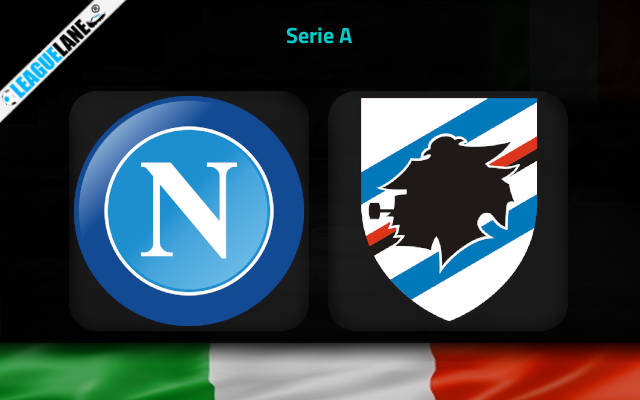 Napoli should have a nice chance to make it count on Sunday afternoon when they play host to Sampdoria in the 21st round of the competition.

The Partenopei could not hold on to the early lead against Juventus on Thursday evening at Allianz Stadium as they had to settle for a 1-1 draw in Turin in their first match of the year.

The team from Naples generally offered a decent display against the likes of Juventus despite missing several important first-team regulars on the occasion.

Andre Zambo-Anguissa, Kalidou Koulibaly, and Adam Ounas are away at African Cup of Nations, while the main two strikers Hi9rving Lozano and Victor Osimhen are also sidelined.

In their absence, it was Belgian international Dries Mertens who found the back of the net for Napoli who were led by Marco Domenichini as their head coach Luciano Spalletti was also sidelined.

Nevertheless, Napoli desperately need to return on winning track despite these problems with the first-team roster.

They won only one of the last six Serie A outings and are now as many as six points shy of leaders Inter Milan who also have a game in hand on them.

Sampdoria produced their worst performance of the season on Thursday afternoon when they registered only one shot on target (four in total) in the 1-2 home defeat to the likes of Cagliari.

Sampdoria were brutally outplayed in their own backyard by the likes of Cagliari three days ago. They generally tend to concede loads on travels, and we are not very optimistic regarding their chances in this away clash against highly motivated Napoli side here.

The hosts will want to finish the job as soon as possible and we see the value in backing Napoli to have the lead at the half time and win the match at the end at the odds of 2.10.