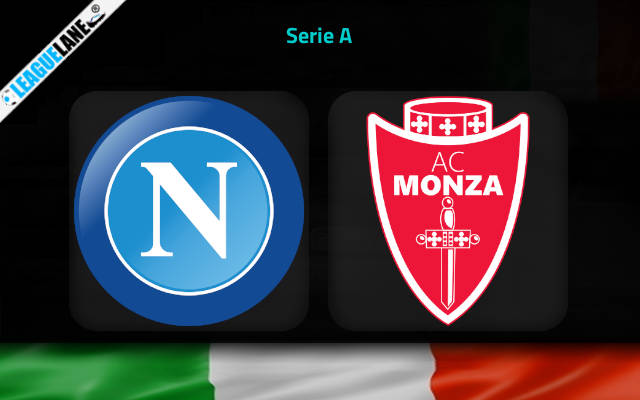 Napoli sold two of their standout players this summer as Kalidou Koulibaly and Lorenzo Insigne left the team in between the two seasons.

Nevertheless, head coach Luciano Spalletti does not have too many reasons to worry about their departures as I Partinopei obviously still possess plenty of quality in their squad.

Napoli bagged as many as five goals past Hellas Verona on the road on the opening day. The best part for Spalletti is that five different players got their names on the scoresheet, including Kvaratskhelia, Lobotka, Osimhen, Politano, and Zielinski.

Napoli will be hoping to back up this inaugural win on Sunday afternoon when they play host to newly-promoted Monza in Matchday No 2 at Stadio Diego Armando Maradona.

Monza are making debut in the elite class of Italian football. They entered the season with high ambitions backed up by the money invested by Silvio Berlusconi, the former AC Milan owner.

Monza played attacking-minded football last season in Serie B and they look ready to continue with such a trend in the elite tier as well.

The team led by Giovanni Stroppa bagged at least three goals in six consecutive games this summer, five of which were friendlies.

They saw off Frosinone 3-2 in the opening round of Coppa Italia. Unfortunately, the winning thread was stopped just at the start of the new Serie A campaign, as Monza fell 1-2 at home to Torino last weekend.

Backing goals has to be the way to go in this tie at Stadio Diego Armando Maradona because we have the clash between the two offensive-minded outfits.

Out of the two, Napoli have a more dangerous firepower on display which is why we fancy the home win & both teams to score pick at the odds of 2.87.