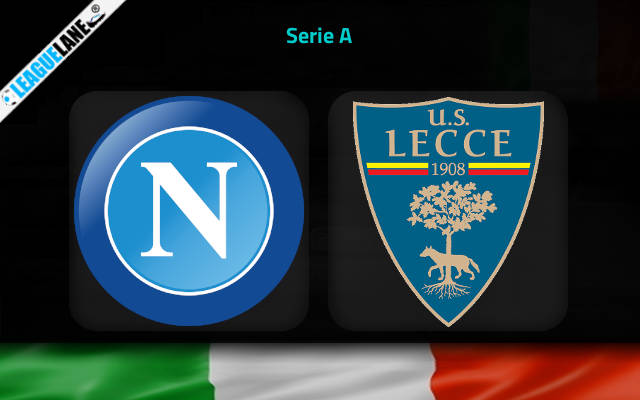 Napoli have been one of the top performing teams in the Italian top flight for the past several years. And it seems that they have started this new campaign on a good note as well.

Meanwhile, Lecce claimed the title of the past second division season to find a position on the top flight this season. They had an inconsistent form towards the end of the past season and were lucky to have avoided it affecting their chances of claiming a spot in Serie A this campaign.

Lecce are going through a poor stretch of performances now, and are letting goals in numbers while failing to find enough on the opposition’s net. Particularly, on the road, they have been in a huge mess as well, as far as their form is concerned.

Meanwhile, Napoli had claimed a ticket to the Champions League battle this season by finishing third in the league standings the previous season. And it appears that they are determined to deliver the same this time around.

They are on a winning run so far, and have an excellent offensive side. In fact, they have scored the most number of goals in the competition so far.

By the looks of things, anticipate a win for hosts Napoli this Wednesday.

This match is a great chance for the hosts to maintain their extraordinary spell if form at the beginning of the season.

We can see the value of backing Napoli to lead in both the halves at the 1.80 odds. While you can also go with the over 2.5 goals option on the back of their head to head tradition at this stadium.