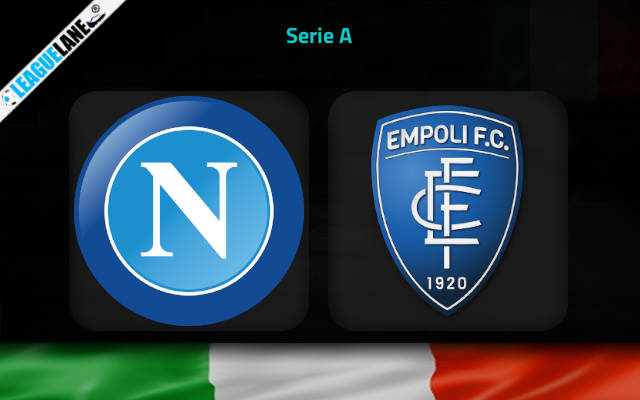 The Partinopei allowed two or more goals in four of the last five outings across competitions. We are very much tempted by the 1.70 odds offered for the both teams to score pick here.

Empoli came on the brink of the top half of the Serie A standings after two wins and a draw in the last three rounds.

The recently-promoted outfit have been scoring goals for fun of late. They offered another tremendous attacking display on Monday evening, netting three second-half goals in a 3-1 comeback win over Udinese.

The team led by Aurelio Andreazzoli have thus notched two or more goals in each of the last three league affairs.

They are now up against the best defense in the league on Sunday afternoon when Andreazzoli’s men travel to Stadio Diego Armando Maradona to take on Napoli in the 17th round of Serie A.

That said, Napoli have been uncommonly easy to break down in the last couple of games. They allowed five goals in the last two league outings against Sassuolo and Atalanta.

Napoli’s form has clearly gone down in the last several weeks as they won just one of the last five league matches.

Given Empoli’s fantastic attacking form, we would not be shocked to see the visitors causing Partinopei troubles here.

Tips for Napoli vs Empoli