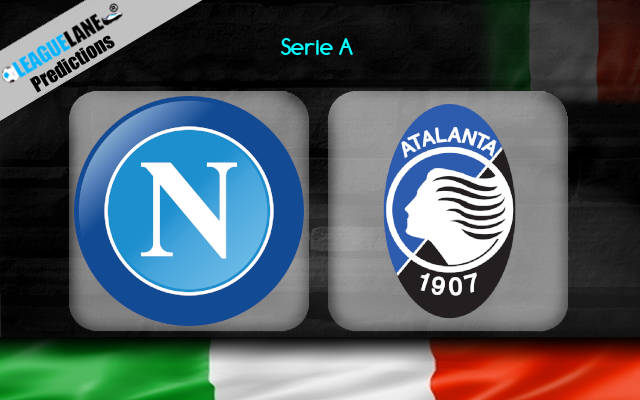 Saturday afternoon is going to be super-interesting when it comes to Italian Serie A, offering four exciting games. The action starts at San Paolo where Napoli welcomes the most efficient team in country from last season Atalanta.

Squad from Bergamo scored 98 goals in the previous campaign, and they had an amazing start this year too, winning all possible points and bagging 13 goals in three games!

Some of their key players might be facing fitness troubles though after playing international matches like Zapata and Muriel.

The Partenopei have a 100% win rate as well, but they played only two games so far. It is still unknown how the fiasco against Juventus is going to end.

There were 42 head to head duels between them in the past and stats are minimally going in favour of Napoli; 15-14 in terms of victories.

Their win rate at this stadium is slightly lower than 50%, having won 10 out of 22 encounters while losing six.

The most recent meeting was in July this year in Bergamo. Atalanta took a comfortable 2-0 win thanks to the goals scored by Mario Pasalic and Robin Gosens.

Five out of the last seven h2h’s have ended with BTTS & Over 2.5 FT, which is a scenario we expect to see once again.

If we count in pre-season matches as well, Napoli have four victories in a row and four clean sheets in a row. In the opening two weeks of Serie A they have defeated Parma 2-0 and Genoa 6-0.

A lot of their players were tested positive to covid-19 after the second match, but big majority of them recovered during the internationals break. It is still unknown if Gennaro Gattuso can count on key players. Dries Mertens opened the new campaign in great fashion scoring two goals, same as Hirving Lozano. They are expected to lead the attack if both are feeling fit.

Atalanta are playing on completely different level than any Serie A team at the moment. It is enjoyable to watch such team that doesn’t care much about defending. Their results are just incredible; 4-2 win against Torino, 4-1 win against Lazio and 5-2 victory against Cagliari.

Therefore, there are plenty of reasons for us to expect lot of goals in Naples, so goals are probably the best betting option.