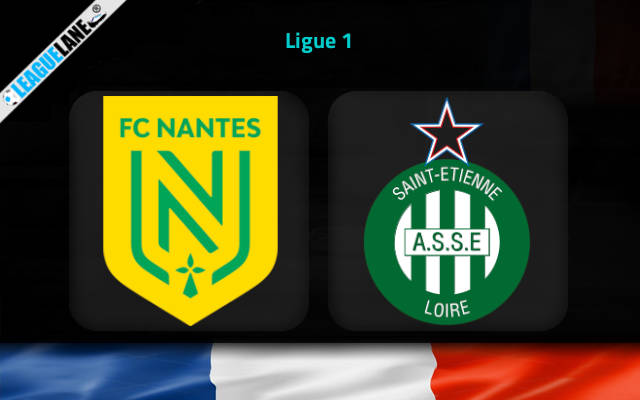 Saint-Etienne will try and catch their last train in the battle for avoiding relegation from Ligue 1 on Saturday evening when they travel to Stade de la Beaujoire – Louis Fonteneau to take on Nantes in the 38th round of the competition.

Saint-Etienne are currently level on points with Metz as only one of these two clubs can get a relegation playoffs spot, while the other will be automatically relegated to Ligue 2.

Metz have an away clash against PSG, meaning a draw on Saturday in Nantes would likely earn Saint-Etienne a relegation playoffs position.

Nevertheless, there is really not much to suggest such a scenario on the final day because Saint-Etienne have not been pulling up any trees of late.

Les Verts will travel to Stade de la Beaujoire – Louis Fonteneau off the back of four consecutive defeats. The latest came last weekend at home against Reims where the team led by Pascal Dupraz wasted a big chance to keep the chances for the safe zone alive.

On the other side, Nantes have nothing to play for here but they have been scoring goals for fun lately and will enter the game in much higher spirits.

Nantes have recently defeated Nice in the Coupe de France final and they also went on to stun Rennes in the Ligue 1, significantly reducing Rennes’ chances of catching one of the UEFA Champions League positions.

The draw has been the most frequent outcome in the history of this matchup, occurring on 14 occasions in the previous 34 head to head meetings between Nantes and Saint-Etienne.

Nantes came on top in the first half of the season when they picked up a narrow 0-1 victory in December last year at Stade Geoffroy-Guichard.

Just one of the previous four head to head matches between these two sides saw goals scored at both ends.

Nantes did lose 3-2 at Lyon last weekend, but they have still scored two or more goals in five of the previous six games in all competitions despite a pretty tough schedule in the process.

Saint-Etienne lost four on the bounce going into the final day and they allowed at least two goals in seven of the last eight Ligue 1 ties. We’ll go for the home win in a high-scoring affair here.