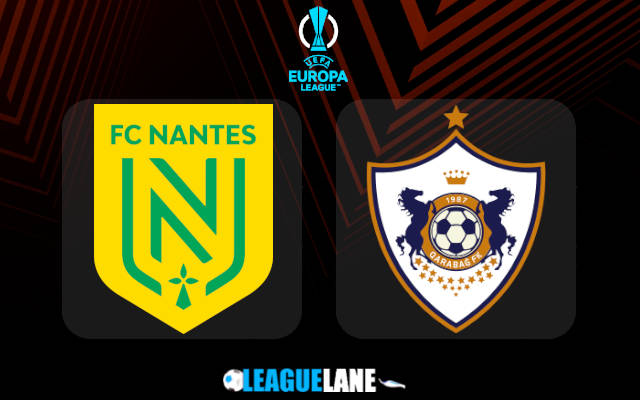 The top-most position in the group seems out of reach for Qarabag now, but they definitely could go after the second spot. It helps that they are pitted against Nantes, who are desperate to avoid an exit from the competition.

They are placed third in the standings as of now, and have a 100% losing record barring a single match-up. Not just that, but they also let in the most number of goals of all the teams in the group.

They need at least a second-place finish in order to continue in the Europa, but they are trailing four points below the cut-off, and that too with just two game-weeks remaining in the group stage.

Moreover, they are pitted against the only other team in the running for a second-place finish, and as such they are under immense pressure.

The four-point lead Qarabag have is a huge confidence-boost. They just need a draw this Thursday to ensure a top-two finish.

They already defeated this opponent quite comprehensively early in the group stage, and also scored the second-most number of goals in the group. In addition, so far they let in only two goals in the tournament.

It appears that Qarabag are the favorites this Thursday to deliver a winning performance.

Nantes have a single win to their credit since September, and just three in total since May. All along they let in goals in huge numbers, and even at home they were unable to maintain any sense of consistency.

On the other hand, Qarabag have a 100% winning record since the second week of September, barring a draw. They scored goals in huge numbers along this stretch, and they maintained this form even on the road.

Judging form, as well as the way the reverse fixture turned out, chances are high for Qarabag to repeat their heroics. Moreover, the desperation of Nantes will only lead to them making more mistakes – and this should ensure goals coming in plenty.

Tips for Nantes vs Qarabag