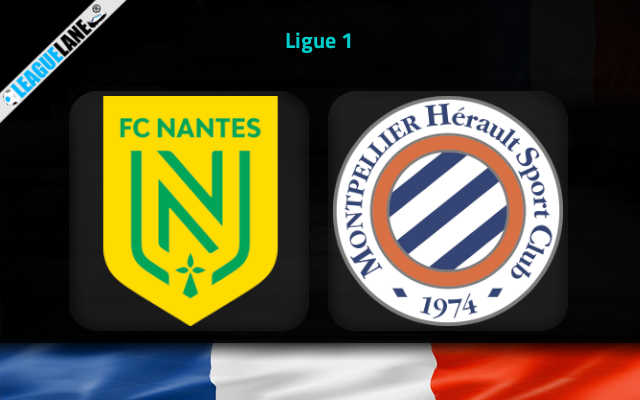 Nantes ended their three-win streak across competitions with a goalless draw away at relegation-threatened Metz last weekend.

The team led by Antoine Kombouare failed to deliver up front without their main creator Moses Simon in the squad.

The talented Nigerian midfielder missed the last weekend’s match for personal reasons but is expected to feature here against Montpellier.

Kombouare can, however, be thrilled with his team’s strong defensive form as Nantes allowed only two goals in the last six outings across competitions despite playing PSG in the process.

Nantes inflicted the second loss of the season on PSG in their previous home fixture in Ligue 1, celebrating an impressive 3-1 victory at Stade de la Beaujoire – Louis Fonteneau two weeks ago.

Montpellier will enter the tie in a completely opposite mood. They lost four of the last five matches across competitions.

Montpellier also lost two of the last three away outings in Ligue 1, conceding three goals to Strasbourg and Saint-Etienne each in the process.

Nantes are enjoying a fabulous home form. They have won five games on the trot in all competitions in front of the home crowd.

Since Montpellier lost four of their previous five affairs across competitions, we will back Nantes to win at the 2.10 odds. You can also pick Nantes to score at least two goals on Sunday at the odds of 2.20.