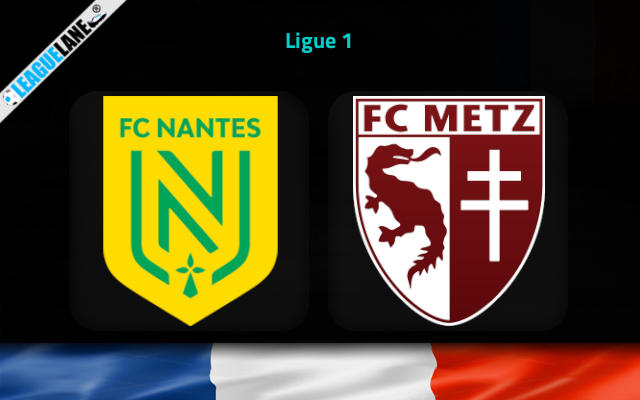 Both Nantes and Metz will be hoping to build on their fine starts to the new Ligue 1 campaign when they take on each other in the second round of the competition.

Nantes held mighty Monaco to a 1-1 draw away at Stade Louis II on the opening day, while Metz conceded two late goals to settle “only” for a 3-3 draw against Lille last weekend.

Both teams can thus be thrilled with their opening results, but which will prevail in their head to head encounter on Sunday afternoon at Stade de la Beaujoire – Louis de Fonteneau?

While both outfits picked up the desired results, they did so in a different manner.

Nantes parked the bus against Monaco, just as expected. They did little to hurt Les Monegasques up front and their equalizer came from their only shot on target.

Center-back Jean-Charles Castelletto was the highest in the air after a Moses Simon corner to give Nantes a much-wanted point from Monaco. Les Canaries had control of the ball just 25% of time on the occasion.

The story is completely opposite with Metz who produced a surprisingly strong attacking showing netting three goals past the best defense from the previous term of Ligue 1.

Unfortunately, Metz did drop a two-goal advantage by conceding two late goals within the final nine minutes of the game. Burak Yilmaz’s leveler came in the sixth minute of the added time.

Metz would have probably gotten away with the victory had their center-back Boubakar Kouyate not been sent off just after the hour-mark.

Although they will be without the first-choice center-back here, we do see Metz as a much closer team to a three-pointer here. They had a much better pre-season, they showed a more impressive display in the first round, and they are unbeaten in the last five meetings with Nantes.

You can back the visitors not to lose as a banker pick at the odds of 1.57, while we will alternatively go with the Under 2.5 goals FT pick at the 1.61.