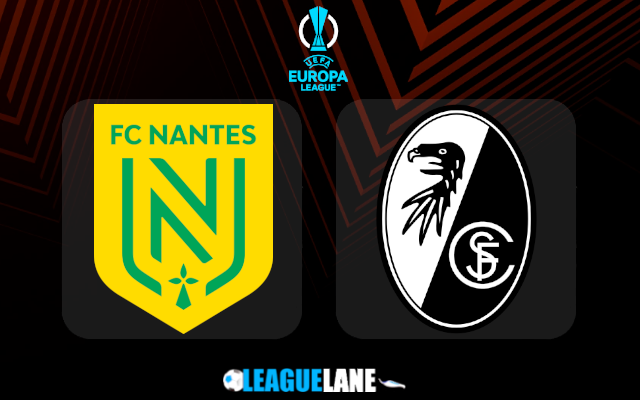 Nantes will play host to visiting rivals Freiburg in this Europa League fixture on Thursday.

The visiting rivals will be having some confidence following their reverse fixture win over the likes of Nantes. Freiburg scored two unanswered goals in that match.

Going on, Freiburg had an excellent start to this Bundesliga season. They have a 100 percentage winning record in this season barring a single fixture.

They had won enough of games to sit atop of the Bundesliga table which includes outfits like Bayern Munich, Borussia Dortmund etc.

Moreover, Frieburg is currently at top spot of the Group G table with a perfect score of 3 wins. It deserves to mention that they had scored a total of 7 goals over the course of those three games.

Meanwhile, Nantes looks weaker than last season when they finished inside the first 10 of the league standings. The visitors started of with three winless fixtures.

A 3-1 win against Toulouse remain as their only win so far in this Ligue 1 campaign. Therefore, Nantes are currently sitting second from the bottom of the Ligue 1 table.

Going on, the team had allowed a total of 12 goals in their previous 5 overall fixtures while scoring just 3 times.

Freiburg has the upper hand based on the performance of both the teams so far in their respective competitions. In that case, expect a victory for Freiburg on Thursday at Stade de la Beaujoire.

Taking into account all these observations, a victory for the visiting rivals Freiburg looks ideal here. The reasons also includes the current inconsistent home form of Nantes.

Do also note that Freiburg’s Austrian striker Michael has been displaying an impressive potential. While backing the away win, we also likes to add the option of Michael to score anytime at the 2.75 odds.