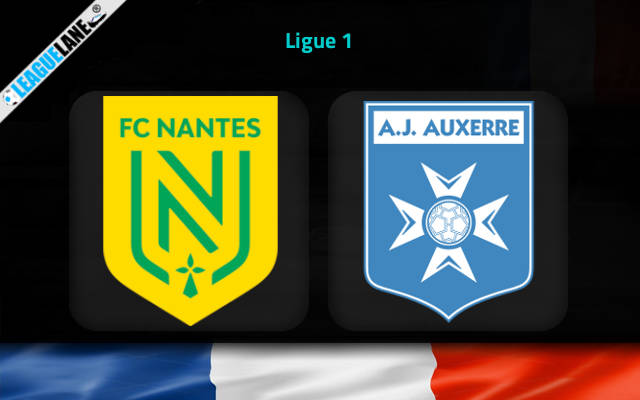 Nantes were unfortunate not to get the spoils in the mid-week’s clash against Troyes. They were the dominant side on the pitch throughout the whole 90 minutes of play, registering 19 shots (5 on target) on the occasion.

Nevertheless, the dominance counted for little as Les Canaris had to settle for a goalless draw. They are still on the brink of the red zone, holding the 16th position in the league standings with just 2 victories after 16 rounds.

This is an extremely underwhelming campaign for the Coupe de France winners from the last season.

Nantes will be desperate to turn a corner on the first day of 2023 and they will have a great chance to do so given Auxerre come to visit Stade de la Beaujoire – Louis Fonteneau on Sunday.

Auxerre are actually in the relegation area, sitting one point below Nantes ahead of this fixture.

They suffered a 2-3 defeat at the hands of Monaco on Wednesday afternoon, confirming once again the bountiful defensive holes on the occasion.

Chris Pelissier’s men have the second-worst defensive record in the entire league with 34 goals allowed so far in the season.

Auxerre have a dreadful road record with one win, one draw, and six losses in eight matches away from home. The goal difference is 7-22.

Nantes can ill afford another slip up here against Auxerre who have been horrendous on travels so far in the season. The hosts provided a great display against Troyes on Wednesday and we expect them to capitalize on it here against the struggling opposition.

The main pick is Nantes to win & Over 2.5 goals FT at the 3.00 odds, while we will also go with Les Canaris’ top scorer Moses Simon to score anytime here at the even more attractive 4.00 odds.