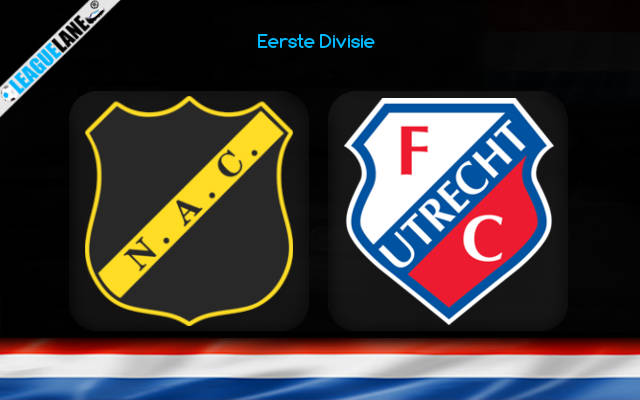 NAC Breda missed out on promotion to the Dutch top flight as they lost the play-offs final against NEC last season. This time around 14 games into the league season they are 13 points behind the top of the table.

They are set to host Jong Utrecht at the Rat Verlegh Stadion in an Eredivisie fixture this Friday. Read our Preview, Predictions, and Betting Tips with Analysis here.

The Utrecht reserves started off the league season with flying colors and were undefeated until the month of September. Things have not really gone their way since then as they have lost in all but one of their matches. They are currently in the 14th place, level on points with this opponent but behind on goal difference

NAC on the contrary registered just a win until the month of September but have since recovered and have kept some sort of momentum going for them as they have registered 4 wins in the league since October. They find themselves 12th in the Eerste Divisie.

The hosts have just a loss at home in the league this season while the visitors are winless in 3 straight games on the road. While a bet for NAC winning makes the most sense, the returns are quite low and since NAC has had the lead at the end of the first half in all of their home victories, the side winning both halves is a fair and highly profitable option.

While the hosts have been tidy in defense, the visitors have managed to score at least a goal in most of their games on the road. Considering the h2h records and their away scoreline this season, I have tipped Utrecht II to score exactly 1 goal.