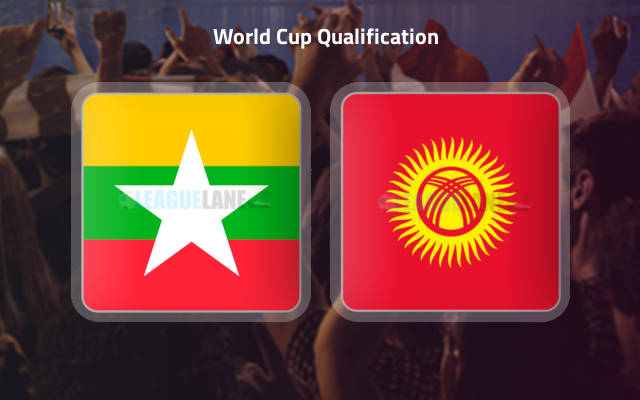 Kyrgyzstan had a chance to claim their stake for second spot in Group F last week, but the defeat to Mongolia put them behind.

Having played 6 games, Kyrgyzstan have 7 points, 2 more games to play and after this an almost impossible task against Japan.

Losing here will eliminate them from the race for second place with Tajikistan sitting at second with 7 points set to play Myanmar in their final group game.

Myanmar are still in the race for qualification, but they must win their remaining two games regardless whatever happens elsewhere.

They are one of the lowest ranked teams in the continent and they already bagged a scalp against Tajikistan (4-3) in 2019. They have nothing else to show for other than a narrow 1-0 win against Mongolia and suffered a heavy 7-0 defeat when they met Kyrgyzstan in the reverse of the corresponding fixture.

The teams met 4 times across cup and qualification games. Kyrgyzstan are unbeaten with 3 wins and 1 draw. The latest three games saw over 3.5 goals.

I do believe there is a huge gulf in quality between the two sides and Kyrgyzstan’s narrow defeat to Mongolia must be considered as a one-off incident and they will have their tails up for this fixture before heading for the group finale against Japan four days later.