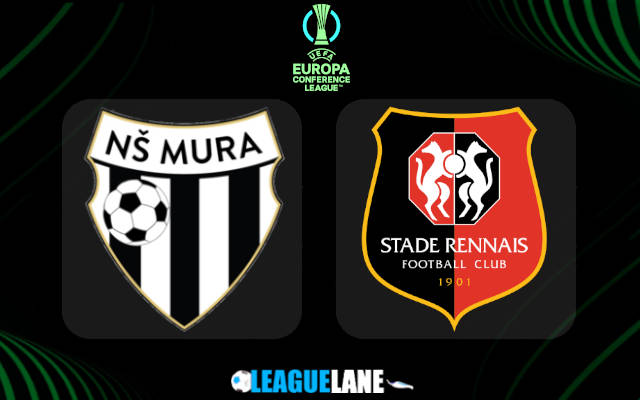 Mura and Rennes are set to lock horns in their first head to head meeting on Thursday evening in Maribor.

The French side will go into this tie as enormous favorites and we would be shocked to see anything else but a comprehensive victory for the in-form Ligue 1 side.

The hosts showed almost nothing in the final third in the opening two defeats to Vitesse and Tottenham. Meantime, Rennes shipped only one goal in the last four Ligue 1 outings. Therefore, the away win to nil is a banker at the odds of 2.25.

Rennes have hit an exception run of form in the last several weeks and they will travel to Slovenia for the third round of the Conference League clash against Mura in the highest of spirits.

Bruno Genesio’s troops claimed three wins and a draw in the last four Ligue 1 rounds. They were especially impressive in the last two games, keeping back-to-back clean sheets against the likes of PSG and Metz.

Rennes destroyed Metz with three unanswered goals inside the first half of the affair on Sunday afternoon.

If we count the Conference League win over Vitesse (1-2 on the road), the French outfit have won four and drawn one of the last five outings across competitions.

They will have a great chance to keep such a stellar spell of form going here against Mura who are yet to avoid a defeat in Group G.

The Slovenian side fell 0-2 at home to Vitesse before suffering a genuine disaster in the previous round away at Tottenham Hotspur (5-1). Mura made only three attempts in total in that clash in London.

Tips for Mura vs Rennes